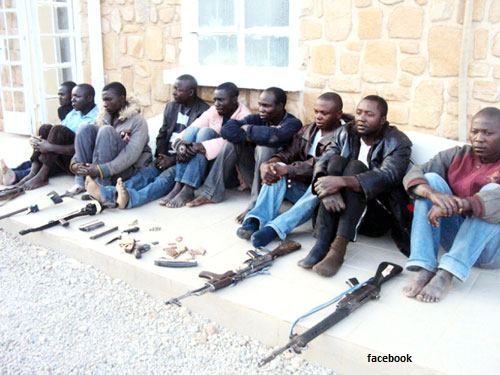 The police released seven of the eight suspects.

The Kaduna State Police Command on Tuesday said it has released seven of the eight suspects arrested in respect of the death of three Fulani men in Kajuru Local Government.

The Commissioner of Police, Olufemi Adenaike, said at a news conference in Kaduna that the suspects were arrested early on Tuesday but had to be released after tension mounted in the area over their arrest.

Mr. Adenaike said one of the suspects was still being interrogated for alleged complicity in the killing of the three Fulani men who had gone to Kajuru from Soba for a naming ceremony, but were waylaid and killed.

He said that the police launched an investigation after the leaders of the Fulanis wrote a petition over the incident.

The police commissioner said the corpses of the victims were discovered four days after the incident, adding that the corpses had been exhumed and handed over to their relatives for proper burial.

The News Agency of Nigeria (NAN) reports that youth in Kajuru on Tuesday blocked the Kaduna-Kachia road for several hours protesting the arrest of the suspects, a situation which made the police to use tear gas to disperse them.

Mr. Adenaike added that the police had to use force to disperse the mob after all entreaties failed, and appealed to residents of the area to stop harbouring criminals and allow security agents to do their work.

According to him, calm has been restored in the area and the police was continuing with the investigation.