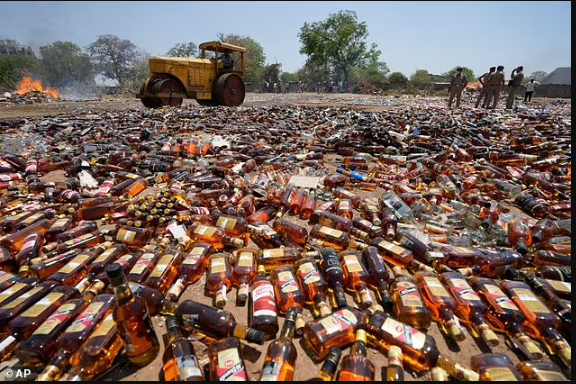 After consuming hazardous alcohol, at least 31 individuals have died and numerous others have been hospitalized in India.

The killings took place in two villages in the eastern state of Bihar, where it is illegal to sell and consume alcohol.

Men in the Saran district reportedly started throwing up on Tuesday before their illness got worse. According to local media sources, 31 people have died, with three passing away en route to the hospital while others received treatment on Wednesday and Thursday.

Sagar Dulal Sinha, the hospital’s chief, reported that 22 post-mortem investigations have been completed to date.

According to Kumar, “We have detained several others and arrested over a dozen booze merchants.”

The International Spirits and Wine Association of India estimates that of the five billion litres of alcohol used annually in the nation, over 40% is manufactured illegally.

Methanol is frequently added to illegal liquor to boost its strength. Methanol poisoning can result in mortality, liver damage, and blindness.

42 individuals in the western state of Gujarat passed away in July from consuming illicit alcohol.