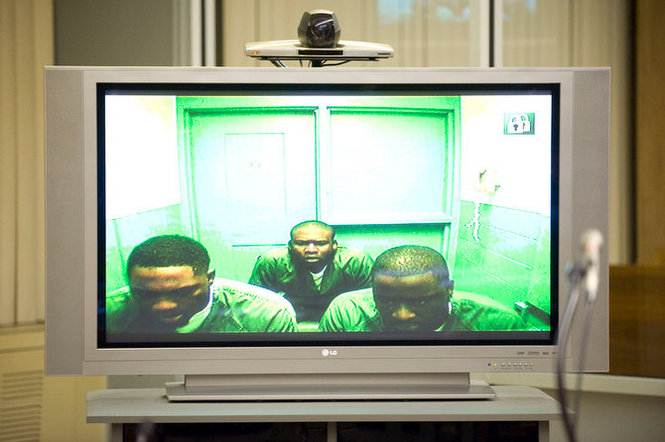 Some 32 people, including a Hudson County jail nurse, have been arrested in a multimillion, multi-state identity theft and credit card fraud ring.

The Hudson County Prosecutor’s Office first got involved in the investigation in the early fall of 2012, when they received numerous complaints from victims as far away as California claiming that credit cards in their name made fraudulent retail purchases in Hudson County, officials said today.

Using store video and physical surveillance, the detectives were able to identify several suspects, authorities state. Detectives then linked those suspects to hundreds of other accounts and millions of dollars in phony transactions.

The leaders of the group, authorities say, purchased the identities of unsuspecting victims from online brokers, who got the information from computer hackers across the United States.

In a process known as “punching,” electronic account information from the cards’ magnetic strips would be transferred onto counterfeit cards, which were provided to “strikers” who conducted the purchases at retailers all over the Eastern Seaboard, authorities say.

The investigation has identified nearly 1,000 victims across the country and millions of dollars in phony transactions, authorities say.

Authorities say the suspects spent the proceeds on luxury cars, high-end jewelry and other lavish expenses. Some of the money was additionally sent to accounts in Nigeria, authorities say.

Acting Hudson County Prosecutor Guy Gregory commended a long list of agencies that were involved in the take down, saying, “The operation could not have succeeded without their assistance.”

Oladayo Araromi, 26, of Linden and Olujimi Williams, 24 of Hillside were charged with conspiracy. Matthew Sabo, 29, of Sayreville and Vijay Shah, 24, of Springfield, are charged with fencing, conspiracy, and receiving stolen property.

Of the 32 arrested, 24 appeared in Central Judicial Processing court this afternoon. Bail was set for those who appeared by Hudson County Superior Court Judge Joseph Isabella prior to their court appearance.