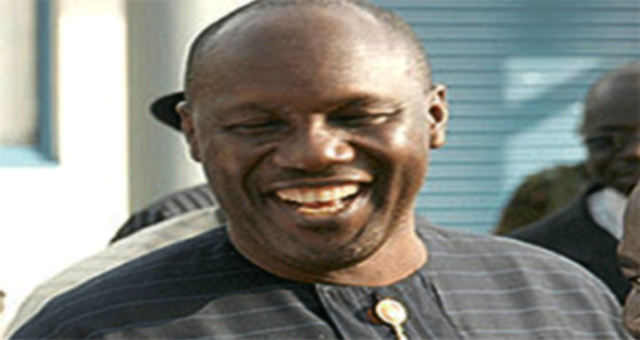 NewsRescue– The problem with some Nigerians is their hatred for truth, the naked bitter truth, especially when a Journalist writes against their choice of persons. The cry that is heard and the song sung is that an opponent has paid the Journalist to take their candidates to the cleaners. Others shout to the sky that the Journalist is seeking after  ‘cheap popularity’ or is bitter with such persons they report on. How highly lifted is a Journalist who writes only favorable reports and columns to propel their persons. It’s a problem; a real big problem.

This write up will see many calling this writer names while others will acknowledge the truth in it. What these progressive enemies of the country don’t know is that we are bought by our conscience and not the fattest of checks. They scream that Chinedu Ekeke seeks popularity by castigating Jonathan, but they don’t realize that you cannot criticize Jonathan’s policies without criticizing the policy maker. How they lament that Kikiowo Ileowo is a paid agent of the anti-Jonathan, when he only means to open our eyes and see how our leaders treat ex-militants as lords, rewarding them to the detriment of the society. Fejiro Oliver writes for APC, yet he was among the first to query APC as a party in the article titled “scream no eureka for APC birth”. Here we go, as we wait their myopic bashing on this.

The Minister of Niger Delta, Godsday Orubebe whom I will not call his ecclesiastical ‘elder’ title since he doesn’t merit it, is one personality that should have no reason to be among the men sitting in Federal Executive Committee (FEC) meeting and deciding for 160 million Nigerians; but sadly, his fisherman brother has bestowed such a burden on us. What a shame. That a whole nine ministers were sacked and his name was not mentioned still seems like fairy tales to me and millions of Nigerians. For those who think he deserves to be a minister of this country, they seriously need to have a kingdom of their own where corruption reigns; and for the doubting Thomas, we present 5 and half reasons why he should be sacked in the next cabinet reshuffle and why the Delta State electorate must reject him as a governorship aspirant.

First, here is a two time chairman of Burutu Local Government who could not deliver the dividends of democracy to his people, but as a minister, spent over N3 billion on building a concrete foreshore wall in his small village, using contractors who are fronting for him, while the money goes into his personal bank accounts.

Secondly, this failed man of God whose seat in hell or heaven is guaranteed is known for nepotism, an act which is against the oath of office he took, by building the Skill Acquisition Centre meant for Delta State in his ward. The worst of all is that apart from the main contractors, all other contractors are his family members who front for him to collect millions of Naira.

Thirdly, the Edo State Acquisition Skill Centre awarded to Halgold Nigera Ltd was terminated by Orubebe and awarded to his crony, Messrs TDCI-Sew consortium, against the recommendation of public procurement. This contract was initially awarded to Halgold for N2.7 billion, but re-awarded for three billion, one hundred and fifty million, fifty five thousand, one hundred and six naira and three kobo. This is the kind of minister we are saddled with. In giving the contract to his crony TDCI Sew consortium on June 15th 2012, Orubebe ‘dashed’ it out for N4, 627,222,904 without due process.

This is the fourth reason. The Orubebe we know did not come from a wealthy background that could have enjoyed the flamboyant life he currently lives. Here in Nigeria do we have such a man who acquired mansions in choice areas in Abuja built by SETRACO for giving them part of the contract to construct the East-West highway of the Niger Delta region. We are not blind to these facts and documents which were made public by Dino Melaye and his and his anti corruption group.

The Niger Deltans are not daft people as Orubebe wants Mr. President to believe. They are waiting on him to come home and then, they will point to him his greatest failure as a Minister:  The East-West road. This will be the albatross of Jonathan for keeping such a man in his cabinet, who has failed to deliver on the East-West road, despite all the billions pumped into it. That is the fifth reason to kick him out from being a FEC member

Lets see the half reason. I do not subscribe to leadership by zoning, since I believe in voting in the best candidate. But if the PDP which Orubebe claims to belong to supports zoning; Orubebe who comes from the Delta South should drop his already lost governorship ambition, since Governor Emmanuel Uduaghan has already completed the south tenure. Any attempt to force his way using federal might to get the ticket of the party will be a betrayal of the highest order.

For a man who claims to be a man of God and even owns a church in Abuja to be this corrupt goes to show President Jonathan as a man that loves to dine with men of low value and character. We do not have the right to choose who becomes our minister, but if such men whom you chose will lord over us; then it’s our prerogative to spot the bad eggs for you. Orubebe is one of such rotten eggs who you can do away with. Nigeria does not need such men in the helms of affairs, and Deltans cannot afford another destructive eight years.

As the 2015 election draws to a close, there is no doubt that Orubebe has stolen enough money to buy the Peoples Democratic Party in the state to see to the realization of his mission, but Deltans will not be deceived any longer. The afflictions of Uduagan on the innocent citizens are enough and they cannot afford to go back to Egypt which Orubebe clearly symbolizes.

How did he even get to bear the name Godsday and yet have a heart as evil as a demon that he steals millions without batting an eyelid? For those attending his church; what bible does he open to preach the sermon and when he preaches, what bible passages does he sermonize? Truly, the devil quotes scriptures for evil machination that suits his agenda.

Having such a man as a governor is to have a robber guard a bank. The state treasury will surely bleed to death, so much that Deltans will pray for the return of James Ibori to power. Lest I forget; Orubebe was one of those who spear headed the petition that sent Ibori to jail. It really takes a thief to a catch a thief.

The earlier Orubebe drops his gubernatorial aspiration; the best for all Deltans and while I may not like PDP as a party, we will rather vote in an Ibori of PDP than Orubebe of APC. It’s as simple as that. The continous stay of Orubebe in the presidency will always be a reminder to generations unborn that there was a president who had the best chance to change the fortune of his Niger Delta people but screwed it on the altar of nepotism; this surely will be an epitaph for President Goodluck.

For all the petitions written against Orubebe, the Economic and Financial Crime Commission (EFCC), this failed minister should have been investigated and thrown in jail, but the EFCC probably acting on the order of the pay master have not dusted any of such files to begin investigation on. This failure on the part of the EFCC has given Orubebe the guts to throw his weight around, insulting an elected governor in the person of Amaechi and telling Elder Statesman, Edwin Clark that he did not play any role in his appointment as a minister. Surely, Orubebe has overfed that he now challenges his ‘chi’ to a wrestling contest.

Oh ye President, know this; there cometh a Pharaoh that knows no Joseph and in his reign, the Orubebe you protect today from investigation may dance the surugede. But for now, Orubebe’s dream of governing Delta State is a still born that will never see the light of the day.