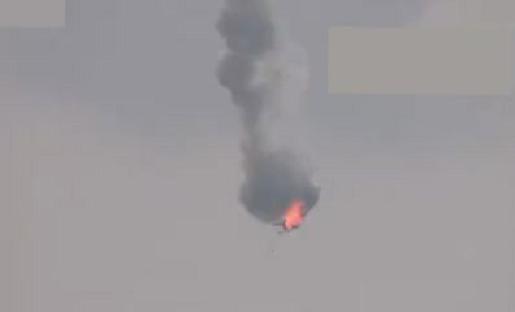 A Syrian MI-17 helicopter was downed over the southern province of Hatay after it strayed two kilometers into Turkish airspace, Deputy Prime Minister Bulent Arinc told reporters on Monday.

Arinc said there was no information about the fate of the crew because the helicopter fell on Syrian soil. He also noted that Turkish air defense had repeatedly warned the Syrian helicopter to leave Turkey’s airspace before being hit by missiles.

Unconfirmed reports say militants fighting against the Syrian government have killed the helicopter’s two pilots. There are also reports suggesting that one of the pilots was captured by militants while the second pilot’s fate is unknown.

The Syrian government has yet to comment on the incident. – Press

“For the First Time I See The Saudi TV Mocking the US Administration:” Watch Video