60 Days: Probes For Corruption But No Probes For Terror Sponsorship Yet?

Nigerians are demonstrably pleased with the torrent of probes of corrupt politicians and government officials. These probes and investigations have started yielding fruit with moneys being recovered and justice via sentencing expected in several cases. However as relates terror/security, the other of three critical items the new President Muhammad Buhari government prioritizes, sixty days in, there has not yet been any known public investigation or probe of terror facilitator, financier, supplier or other sponsor.

Terrorism does not exist in a vacuum and Nigeria is not the epicenter of the world’s most deadly terrorist group, and such a well funded group by accident. There are several Nigerians who are on the list of suspects who have by their own admission, their confessions or by the releases of the State security departments, been implicated in Boko Haram terror with many in violation of Nigeria’s anti-terror act. Below are just 10:

1. Senator Mohammed Ali Ndume, nabbed by the State Security Service on November 21st, 2011 and accused of being a messenger for the sect. 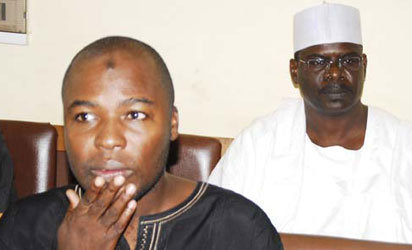 2. Former Vice President Namadi Sambo: Accused of being involved with Boko Haram in association with Senator Ndume; was to be investigated by “State Craft.” The existence of such investigative method, its constitutional legitimacy and the outcome of said investigation if it ever happened is yet unknown.

6. Former Borno ANPP Chairman, Mala Othman: Detained by the Joint Task force, JTF for links with Boko Haram in 2013. Was also apprehended earlier with numbers of arms and ammunition in his vehicle.

9. General Azubuike Ihejirika: ENDS as well as Boko Haram negotiator, Stephen Davies accuse him of being a Boko Haram sponsor. Ihejirika embezzled billions of dollars dedicated for arming and enabling the Nigerian army defeat Boko Haram. He supervised the continuous transfer of military equipment to Boko Haram terrorists which was used to decimate populations of the northeast, abduct their children and take over the farm lands.

10. Former President Goodluck Ebele Jonathan: For aiding and abetting Boko Haram in contravention of the Anti-Terrorism act. Former President Jonathan admitted knowing Boko Haram’s sponsors, but shielded them from 2012 till date, thus protecting them while they killed innocent Nigerians, raped the nation’s daughters and took over its sovereign territory.

We victims of terror anxiously anticipate the investigation of these 10 listed as well as dozens, possibly hundreds more terror facilitators and sponsors. Boko Haram can only be seriously dealt with by a combined approach of military might and apprehending all political sponsors and suppliers.

We trust that the able Buhari-Osinbajo government with the capable DSS and new NSA is on top of this second war and will go after Boko Haram sponsors without delay to complement its success against corruption.