New 9/11 truth documentary among ‘most watched’ on PBS 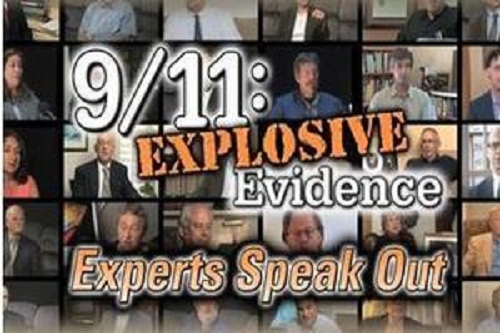 “9/11: Explosive Evidence – Experts Speak Out” is getting public attention and casting doubt on the scientific validity of the U.S. government’s investigation into the WTC tragedy. PBS is the first major network to air the program.

Just days away from the 11th anniversary of the World Trade Center tragedy and months away from the U.S. presidential election, a game-changing 9/11 documentary is ranking number three among “most watched” documentaries on PBS and number one among “most shared.” Available for free online August 18th – September 4th, the documentary could have a significant effect on public opinion. [Update: PBS has extended viewing indefinitely.] Both the Republicans and Democrats, as equally staunch defenders of the official story, stand to be affected if the public’s suspicion of government corruption grows deeper.An earlier report on Digital Journal found that the claims made in the documentary can be verified by reading the government reports themselves.

The National Institute of Standards and Technology (NIST), the government agency charged with the investigation, did not provide any data — no measurements or estimates — of the mass or energy that would be required to bring down the buildings in about ten seconds. Normally a scientific report would present all the data that is used to construct a theory. The omission of data is a red flag to anyone familiar with scientific procedure. It appears that the investigators may have intentionally produced reports that the scientific community would reject.According to the experts appearing in Explosive Evidence, the scientific community did reject the reports immediately, but it has taken a very long time for this message to reach the public. Architects and Engineers for 9/11 Truth, the producers of the documentary, have been trying to educate the public for a number of years.

The PBS broadcast of their work represents a major step forward for them.While most people have probably heard that a scientific investigation has been conducted and that the building collapses were explained, few have probably looked at the NIST reports themselves. Links to the NIST reports can be found in the above mentioned Digital Journal article. NIST provides no data whatsoever on the actual collapse sequence itself.The new attention to the issue could be significant for the U.S. presidential election. Prior to the publication of the reports in 2005 and 2008, almost half the population was suspicious of the official story of 9/11, according to several opinion polls. Since then the 9/11 tragedy has been used to direct the policies that have led to the enormous increases in military spending and to a loss of civil liberties in the U.S. and worldwide.
_________________________________
Victoria N. Alexander, PhD
www.digitaljournal.com

A Reply to Wole Soyinka’s “Religion Against ...