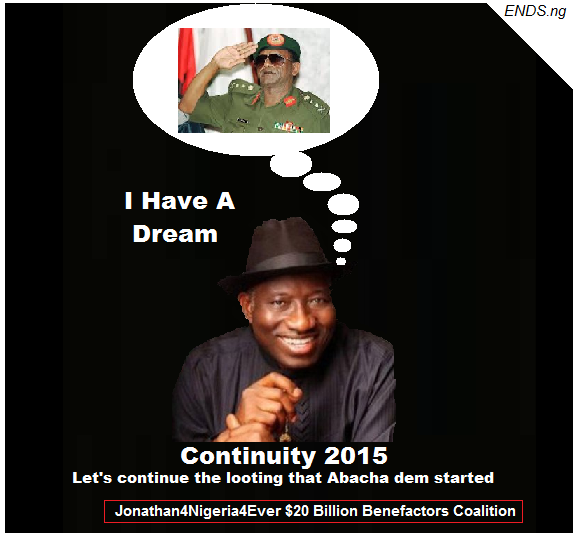 It is not of my practice to celebrate failure, fraud, burial and bed-ridden conditions. Why would anyone be celebrating the sick-man on his bed? To encourage him to death, to mock him or to express elation over his condition? If the national award was ceremoniously gifted to governor T A Orji of Abia State, Peter Odili, and others who made giant footprints in the sands of mediocrity, then anything is “celebratable”. Men who went into the home of corruption and married her daughters, impregnated under-development and brought home their children are the type men we hang medals of valor around their necks with smiles on our faces, chorusing “Well done son; you did us proud, please do it again!” And you think we are sane in the head? Yes we are sane; for in the house of mediocrity, mediocrity is the admired and desired of virtues. In short, to not be a mediocre is to incur the collective wrath of the Gods of the land; the Gods of mediocrity. And you will pay dearly for not being mediocre.In the congregation of the corrupt, it is an offense and taboo against the tradition of the land to be incorruptible. It is a sin to be incorruptible in the mist of the corrupt. Greater of a blasphemy it is to fight corruption and speak against it. The most mediocre and corrupt of all are the heroes and those who wear the medals of valor. No other place celebrates mediocrity and awards corruption like the Nigerian State. As a matter of fact, the National Award is where and how we celebrate the most mediocre and corrupt of Nigerians. If a few individuals with the right merits are awarded, not only is it accidental but they are in a ratio of 1:599 thieves. If 600 individuals are awarded with the National Honors, only one or two of them deserved it, the others are merely a reflection of the espirit de corps of the corrupt camaradie. Nigeria is such that if Abubakar Shekau of Boko Haram were to accept amnesty today, few hours after accepting the amnesty, he will be given a government position, protected by army escorts, given a contract to secure the Nigerian-Cameroun border against terrorists and finally he will be given a National Award – BCON (Bombadier Commander of the Niger). Don’t you just admire the country? Good people great nation. So good they are that they award those who rob and oppress them. Loot their money and treasury, they will call you “Honourable”. Become a governor and destroy their roads and impoverish them they will call you and award you a GCON (Grande Corrupt Of Nigerians). But will happen if you are the type that fight corruption? You will contest elections over and over again. If by chance you had a position in the government, they will either try to assassinate you or demote you unceremoniously and you will be forced to go into exile in a foreign land. If you come out to speak-up against the corruption and cluelessness of the government, they will call you a Boko Haram sponsor or member. Good people, great nation.It is better to call goats on stage and hang medals of gold and call it national honours than to give polithiefcians awards. People who are consciously destroying and bringing down the nation with their mediocrity are granted award? That nation is a sorry lot! If you are awarding thieves and rogues, then you are ruled by same. Thieves award thieves, rogues award rogues. You cannot award and give appraisals on what you do not like or support. You say you want change, but you are doing the same thing over and over again. Exhalting mediocrity and expecting excellence, is ridiculous. How can the nation change when you keep retaining people in power who appraise corrupt people? Dear Nigerians, your destiny is yours. While you languish in mediocrity the rest of the world is pushing ahead. Shed the skin of corrupt mediocre polothiefcians in your mist that you may be made light to trudge forward.Imoh “Son of David” is an author, publisher and businessman. He writes from South Africa. Follow him on Twitter at @ImohDavid.