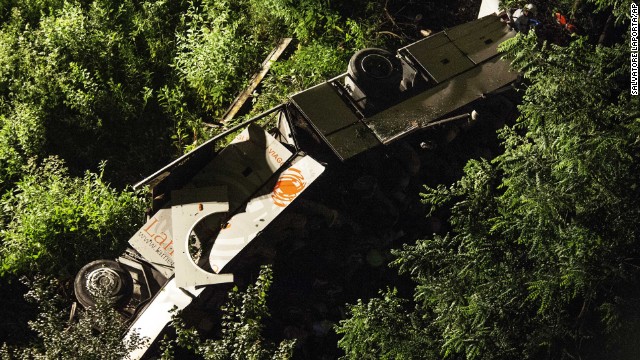 USA, Canada, Spain, now Italy. Is this some sort of uncanny accident season in Europe?

Rome (CNN) — A bus returning pilgrims from a weekend visit to a Catholic shrine went off a bridge in southern Italy on Sunday, leaving at least 38 dead — including some children, officials said.

The death toll rose by two after one person who was hospitalized died, and the body of another victim was found under the bus, fire brigade commander Alessio Barbarulo said Monday.

The bus was traveling east of Naples in Avellino province, the Italian news agency ANSA reported.

More bodies could be found in the wreckage, Avellino police official Pasquale Picone said. Picone did not have an exact figure for the number of passengers on the bus, though reports indicate as many as 50 may have been on board.

The passengers had participated in a weekend pilgrimage to the Padre Pio shrine in Pietrelcina. Read more