Aisha Buhari, Office Of The First Lady And The Elusiveness Of Change, By Inibehe Effiong 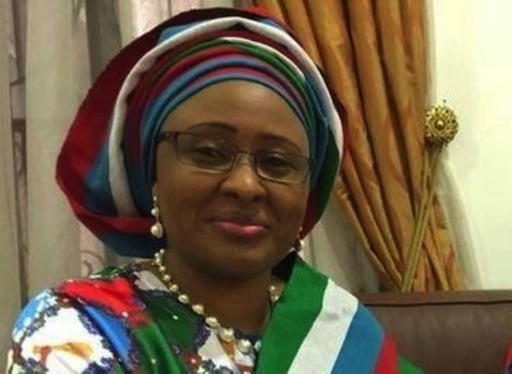 Aisha Buhari, the wife of the Nigerian president, has been operating from the Office of the First Lady situated inside the presidential villa, Abuja where her predecessor, Mrs. Patience Faka Jonathan, used to operate from, according to a report in the Sunday Punch Newspaper of August 9, 2015. She has also been carrying out functions like her predecessors and is even planning to launch her own pet project as confirmed by her media aide, Zakari Yau Nadebo.

According to the report: ” Her office, like it was under her predecessors, houses her staff members, including personal aides, security details and protocol officials, among others. She has so far organised events similar to the ones that were not in short supply under her immediate predecessor, Mrs. Jonathan. The first event organised by Mrs. Buhari was an elaborate “thank you dinner” she organised in honour of APC women and youths for supporting her husband’s election. The President’s wife, during the recently concluded Ramadan, also broke her fast with some women leaders and the less privileged.

“Recently, the Office of the Wife of the President, in conjunction with a United Kingdom-based private firm, organised a seminar on protocol, etiquette and security for wives of state governors. At that event, the President’s wife charged the wives of the state governors to come up with laudable programmes to complement their husbands’ efforts.

At the conclusion of Ramadan, Mrs. Buhari also hosted children to an elaborate Sallah party. All these events were held inside the Banquet Hall of the Presidential Villa, Abuja, with glamour. Apart from these, the President’s wife, represented by some individuals, had donated either cash or relief items to internally displaced persons and other groups in parts of the country”.

This is a breach of trust on the part of president Muhammadu Buhari who had promised not to accord recognition and officialdom to the First Lady’s office if elected. That Aisha Buhari has abandoned the nomenclature “First Lady”, preferring to be addressed simply as “Wife of the President”, does not alter anything when as a matter of fact, she is effectively doing exactly the same thing as her predecessors. We’re not so gullible to be cajoled or deceived. The nomenclature “First Lady” and the title “Wife of the President” therefore becomes a distinction without a difference.

This is the reality of power; characteristically corrupting and enticing. When she was just an ordinary woman married to a political figure without the paraphernalia associated with the presidency, she may not have understood the seductive nature of power. President Buhari doesn’t seem to have understood the implications and ramifications of his solemn promise with the Nigerian people not to recognise the First Lady’s office.

Admittedly, we cannot as citizens yearning for a decent country expect the president’s wife to remain a mere ‘house wife’ who is neither seen nor heard in the public space but perpetually consigned to the privacy of her home and marital responsibilities. That will be an absurd expectation which is not practicable anywhere in the world, not even in the most advanced democracies.

The real challenge as I had espoused in my open letter to the former First Lady, Dame Patience Jonathan, is the perennial abuse associated with the office and the insatiable escapades of wives of past presidents’, as exemplified by Turai Yar’Adua and Dame Patience Jonathan. The duo had during the currency of their husbands’ tenure arrogated absolute powers to themselves and exuded uncensored proclivities for insolence, mischief and arbitrariness at the peril of the nation. They made nonsense of the office, thereby instigating antagonistic reactions from the populace towards the office.

In saner climes, as I equally elucidated in that open letter to Dame Patience Jonathan, wives of presidents only perform ceremonial functions which are supportive of their husbands’ position as the leader and number one figure in the country. But in Nigeria, we have elevated First Ladies to the status of demi-gods and accorded them unconstitutional governmental responsibilities and undeserved privileges.

Aisha Buhari’s ascension to that throne of impunity cannot be excused on the basis that she may not necessarily follow the egregious and sinful footsteps of her predecessors. Her ensuing posture for power and recognition is clearly indefensible. The reason is simple. Her husband, president Buhari, had declared that the office will not continue if elected. But if his declaration was ambiguous, in the sense that he meant something else, then Nigerians, especially those of us who tarried for the actualisation of his candidacy, deserve nothing but an urgent clarification.

We didn’t support and vote for Buhari for things to remain the same. We did so because we were seduced or persuaded by his message and mantra of change. The funds that will invariably be allocated towards the servicing of the so called “Office of the Wife of the President” can be utilised for more profitable objectives. We do not need to have that office for Nigeria to be salvaged. It is not a condition precedent for the change president Buhari promised us.

I concede to the president’s wife that she has so far conducted her affairs with decorum. We haven’t heard of closure of roads and public facilities because she is travelling or attending a function. That is commendable. But that is where it stops. Today, she may be solemn in her actions but I cannot hold brief for her for the nearest future. Her disposition doesn’t appear to me like someone that does not want to be treated like her predecessors. In fact, she seems very much interested in being accorded obeisance. Tomorrow, we may wake up to read in the media that Aisha Buhari is endorsing or fronting someone for a political office.

Therefore, let the president keep to his words. If Buhari wants his wife to enjoy the privileges of past first ladies he should come out openly and eat his words. A president that cannot keep to a solemn campaign promise which goes to the privation and discomfiture of his spouse cannot be the president that will bring about the much talked about change.

It is not too late to retrace from this seemingly treacherous path.