Few days into the Niger State local governments election political activities are heating up as the peoples democratic party PDP redouble efforts to ensure the the broom party the All Progressive Congress APC is denied victory.

Sources revealed that the secret alliance the PDP had with the ruling All Progressive Party APC in the in last local governorship election that produced governor Bello is seriously consuming the APC and may give PDP 40 percent victory ahead of the upcoming local governments election in the state.

Credible sources added that the alliance was one of the reasons the former governor , Muazu Babangida Aliyu is today EFCC free and untouchable due to the political arrangement he Former governor Aliyu had with APC not to open up his 8 years records to EFCC while in office as governor.

Now the governor is allegedly unmoved and mute to campaign seriously for the change party the APC that produced him in the office of the governor of Niger State in April 11 2015. 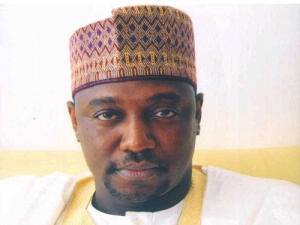 Credible sources close to government house Minna said governor Alhaji Abubakar Sani Bello is not able to  come out for the election victory, all he is concerned with is the peaceful conduct of the election. It was alleged the former governor, Aliyu Baangida had a telephone conversion with governor Bello over the local governments election, that he the candidates and the electorates should be allowed to elect the candidate of their choice.

Gurara, is in trouble as APC dividends in three political groups even the elders have fashioned, and the reason to that was alleged to be the presentation and selectivity of wrong candidates of APC who even the local government staff confirmed as not serious enough and desperate politicians.

Suleja may equally go hot on APC because of political strong gladiators, even the then house of representative member for Gurara, Suleja and Tafa federal constituency is strongly behind his PDP party to come out in victory, but the political pundits said that APC may win due to the young politicians like Abubakar Lado Suleja.

And another source added that Paiko, PDM, may hold the victory except if Allah said NO to them, with the acceptability of the masses towards the PDM candidate Alhaji Silihu Akpa who is favored to win the election.

Sources further said Chanchaga, Bosso Lapai Nasko and Mokwa local government respectively PDP may gain victory in this area plus Agiae another source said the is serious confusion at the corridor of APC over DOOR to DOOR campaigns in this places effort was redoubled to make sure the broom Party the APC fail sweep that day.

One of the party candidates of Gurara local government, Honourable Isaiah may be voted due to his past dividends of democracy while in office at the state House of Assembly for Gurara constituency, he was a workaholic and honest politician that had worked for the progress of the constituency.

One of his strong pillars, Honorable Adamu Gani is having sleepless nights preparing for the victory of his man Chanse and the PDP in general, Adamu Gani Madaki Lefu was a onetime commissioner and two terms local government chairman. He remains respected and politically Agile .

With the political journey under governor Abubakar Bello since 7 months ago, things are said not working well as the governor was alleged to be un erious with the responsibilities of the true change he was elected for and political analysts pointed that if care is not taking governor Bello may allegedly fail the people of Niger State BUT may God forbid.