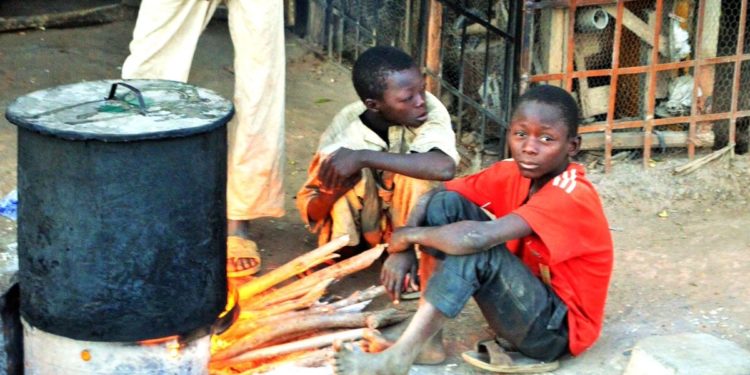 The number of children involved in the al-majiri system has been rated at over ten million. Recent studies have revealed that kids metamorphose from this ugly phenomenon to members of street gangs. It is strongly suspected that many al-majiri children are now commanders in the dreaded Boko Haram insurgency.

The Muslim Rights Concern (MURIC) frowns at the poorly arranged educational system which resulted in the al-majiri syndrome. It is escapist, pernicious, retrogressive, counter-productive and inhuman.

Al-majiri as practiced in Northern Nigeria today is a bastardisation of the Islamic education system. Although the word is originally from ‘al-muhajirun’, i.e. migrants, a reference to the early Muslims who followed Prophet Muhammad (peace be upon him) from Makkah to seek refuge in Madinah in 622 C.E., it is now used to refer to child beggars. These are children whose parents gave them out to teachers to learn the rudiments of Islam.

Unfortunately the system has bread poverty, homelessness and hopelessness. It has produced a fi sabilillahi mentality plus an army of vagabonds and a battalion of bowl-carrying kids always roaming the streets aimlessly. It ends up breeding hunger, squalor and the resultant disease.

For example, in places like Azare, Bauchi, al-majiris tie bowls to their clothes and beg for just anything, anything at all. In places like Maiduguri, Borno State, they offer to carry bags for strangers and they are ready to assist in doing house chores for a whole day once a meal is guaranteed. Older al-majiris in Maiduguri area sell sachet water while some do scavenging and sell whatever they find to recyclers.

In thunder, rain and flood, al-majiri children crowd up in open spaces to spend the night. The few who find shelter share single mosquito-infested rooms with scores of others. They are prone to all sorts of contagious diseases. Their personal safety cannot be guaranteed and many fall into the hands of bad gangs, e.g, the notorious Yandaba boys of Kano.

MURIC strongly condemns this obnoxious system. It cannot be called Islamic education in any sense as the focus of the children involved is fully on begging, searching for food and making a living. It makes mockery of the institution of parenthood as envisaged in Islam.

The Qur’an commands parents to take charge of the educational, social and economic responsibilities of their children from infancy till they reach the age of full maturity and capability. This age is forty years (Qur’an 2:233 and 46:15). It is therefore the height of abdication of parental responsibility to give out children to Islamic teachers without caring for the needs of such children and without paying the teachers for their services. No wonder the teachers end up exploiting the children for their personal needs.

MURIC exhorts Northern governors to come up with a master plan capable of resolving the al-majiri debacle once and for all. This plan should take cognizance of the need for a census of all those involved in the system, buildings to be used as hostels, modern structures to be used as schools, adequate remuneration for the Islamic teachers, free feeding and capacity building for the kids, etc.

While we commend the Jonathan administration for building al-Majiri schools in some parts of the North, Northern governors must be held responsible both for the misuse and disuse of those structures. Most of the al-majiri schools are lying fallow today while some have been converted to other uses. This is most unfortunate. The Buhari administration must also intervene by initiating a special project for the almajiranci.

In the final analysis, the blame rests squarely on Northern politicians dead and alive for failing to see the threat coming and for their inability to evolve a means of combating it and bringing it to a halt. It may have been callous and myopic, but the present crop of politicians must not repeat the mistakes of history. Al-majiris must be reined in if the North really wants Boko Haram and gangsterism to become history.

Soldiers, CJTF make us give sex for ...