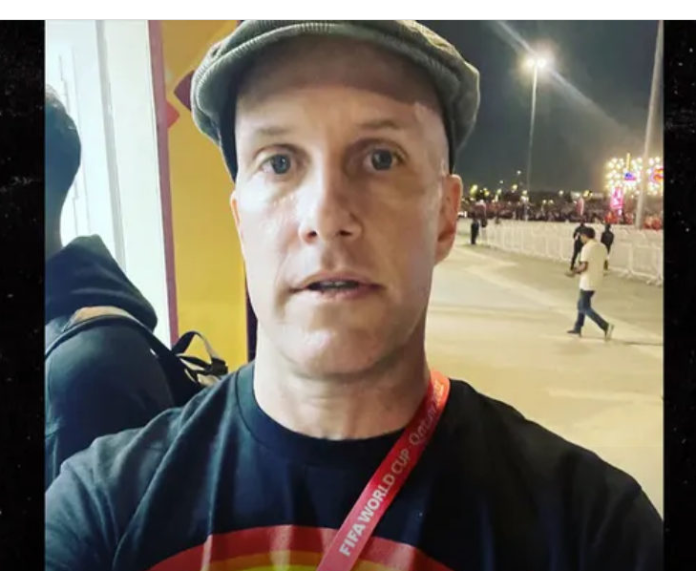 Prominent American journalist, Grant Wahl has died in Qatar after collapsing while covering the World Cup.

He “collapsed” in the press area while covering Friday’s Argentina-Netherlands match, according to reports.

US media representatives seated near him, said Wahl fell back in his seat in the press box at Lusail Iconic Stadium during extra time and reporters adjacent to him called for assistance. Emergency services workers responded very quickly, the reporters said. Sadly, they were later were told that Wahl had died.

Wahl made headlines in November by reporting that he was detained and briefly refused entry to a World Cup match because he was wearing a rainbow t-shirt in support of LGBTQ rights.

He said security staff had told him to change his shirt because “it’s not allowed,” and had taken his phone. Wahl said he was released 25 minutes after being detained and received apologies from a FIFA representative and a senior member of the security team at the stadium.

Wahl had covered soccer for more than two decades, including 11 World Cups, and authored several books on the sport, according to his website.

The circumstances around his death are not clear but he was 48 years old, according to a statement from his former longtime employer Sports Illustrated.

“The entire US Soccer family is heartbroken to learn that we have lost Grant Wahl,” US Soccer said in a statement on its official Twitter account.

“Grant made soccer his life’s work, and we are devastated that he and his brilliant writing will no longer be with us.”