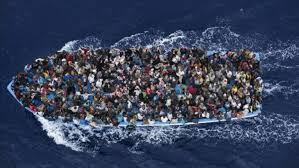 The human rights organization alleges that the incident took place in May 2015. They say that Australian officials, who were working as part of the Operation Sovereign Borders program, paid six crew members a total of US $32,000 to make sure they did not continue on to New Zealand, which had been their intended target.

Instead, Amnesty International believes that the crew returned to Indonesia, with 65 people who had been seeking asylum in New Zealand. The Australians also provided detailed maps and told the crew where they should land in Indonesia.

Anna Shea, a Refugee Researcher at Amnesty International she was shocked at the findings, which were published in a report called ‘By hook or by crook.’ She added that people-smuggling was normally a crime associated with private individuals and “not governments,” and mentioned that the rights group had “strong evidence” that “Australian officials are not just involved, but directing operations.”

“Australia has, for months, denied that it paid for people smuggling, but our report provides detailed evidence pointing to a very different set of events,” Shea said.

“All of the available evidence points to Australian officials having committed a transnational crime by, in effect, directing a people-smuggling operation, paying a boat crew and then instructing them on exactly what to do and where to land in Indonesia,” she added.

The Australian government has denied the claims, saying the border patrols were merely responding to a boat that had run into trouble at sea. Read full