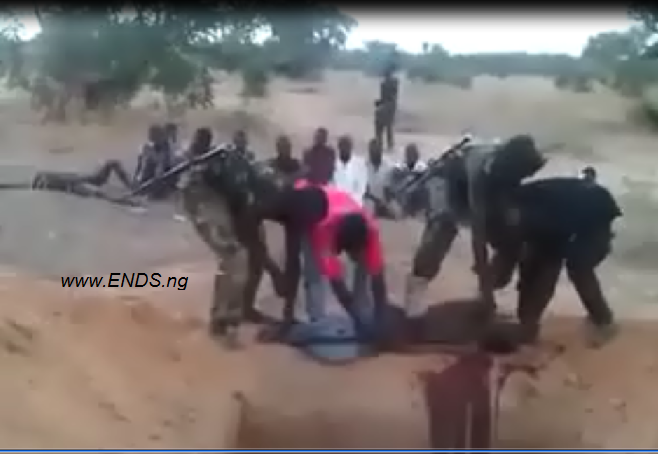 Amnesty International has verified videos sent out on June 2nd this year by ENDS.ng, Every Nigerian Do Something, to Nigerian media which displayed members of the Nigerian Army and the Civilian-JTF mass-killing Boko Haram terrorists.

ENDS had verified the authenticity of the video and the actors before ensuring the public got an idea of the real happenings in the war against Boko Haram. ENDS provided that they knew the names of the men implicated in the video. ENDS also proved that the English language spoken, the referral to a next slaughter candidate as ‘that thief,’ which would not be said by Boko Haram, the drugged-up ‘brave’ behavior of those volunteering to be slaughtered and other factors helped solidify ENDS’ confidence before releasing the video. ENDS also understand the Nigerian Army and CJTF due to leadership sabotage, frequent prisoner release and other complications of the battle, have employed a “take no prisoner” approach.

Below is the Amnesty International video.