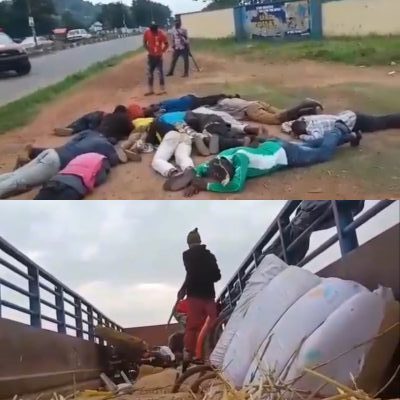 The trucks were apprehended in the town of Ikere Ekiti, in the state of Ekiti.

Online video evidence An Amotekun operative searches a truck full of grass sheets, only to discover arms and ammunition hidden beneath the sheets.

After being apprehended by Amotekun, those transporting the arms are seen lying facedown in the middle of the road.