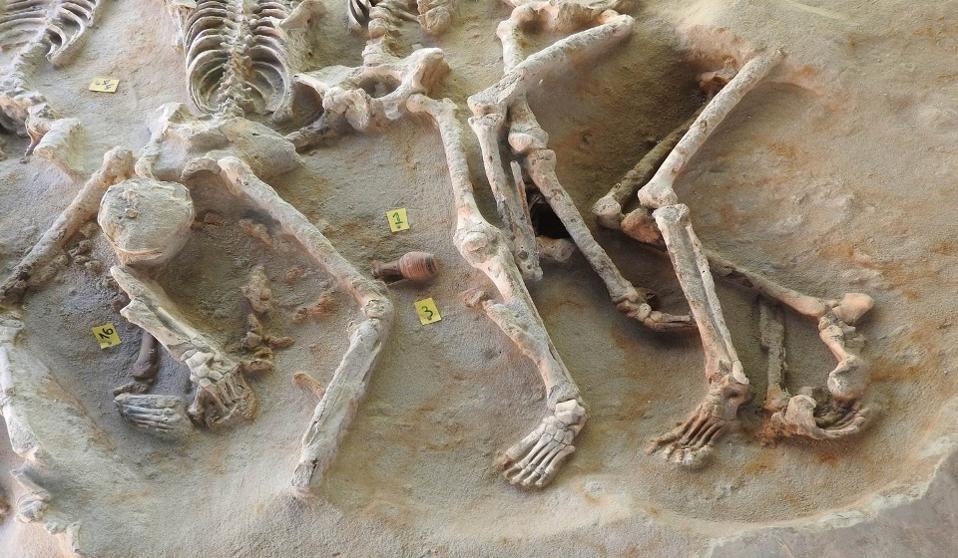 The Greek ANA-MPA news agency reported this Thursday that the grave contained 80 bodies.

Archaeologist Stella Chrysoulaki from the Ephorate of Piraeus, Western Attica and the Islands while presenting the find on Wednesday described that the bodies which appeared to be of young men were placed side by side with some shackled.

The discovery of two trefoil jugs dating to the third quarter of the 7th century BC near the bodies may connect the grave’s findings to the Cylonian affair, she noted.

The excavations are being funded by the Stavros Niarchos Foundation.