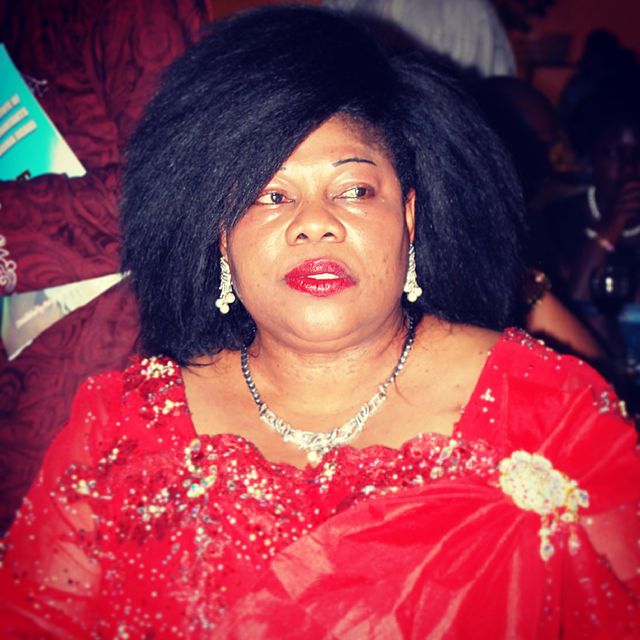 “There comes a time when one must take a position that is neither safe, nor politic, nor popular, but he must take it because conscience tells him it is right.” – Martin Luther King Jr

The race to 2015 in Delta State has generated more frenzy than any other state in Nigeria and the reason is not farfetched. The Delta North aspirants have come out in their multitudes jostling for just one piece of yam, swearing to capture the governorship seat now or never. Let no one begrudge them that for they are worthy successor in the State called Delta.

What is most worrisome is that all the candidates believe they will win while those of us who have predicted and monitored political activities for decades can close our eyes and pick the contenders from the pretenders. Most of these aspirants are in to get political appointments but why they have chosen to pour sand into the serious contenders’ garri is what we are yet to know. Do we say God punish them for being wicked to their own brothers and sister?

The Aniomas have successfully captured almost all the Federal Government appointments in Nigeria, that you begin to wonder if na only them waka come. But again, it is not their making but the government at the central. The only power they have to tussle with others is the guber position. But they have become so foolish that they would rather lose the battle than step down for a consensus candidate. Dr (Mrs) Ngozi Juliet Olejeme, Hon Ndudi Elumelu, Prof Sylvester Monye, Hon Gabriel Oyibode, Rt. Hon Sam Obi, Rt. Hon Victor Ochei, Senator Ifeanyi Arthur Okowa, Godswill Obielum and many others are those who have indicated interest in the race and has even began consultation. Today, we present to Aniomas the two candidates who should be allowed to represent them in the race towards 2015.

Come to think of it, what is the enfant terrible, Victor Ochei doing in the race? Where is our N27 billion IPP money which he embezzled as well as numerous contracts he did with his Davnotch Company while he was the Speaker of the House of Assembly? This arrogant man should not insult our sensibility by even daring to pick the Peoples Democratic Party (PDP) ticket, not even for legislative position again. What of Ndudi Elumelu who was accused of embezzling N5.2 billion Rural Electrification Agency (REA) money? What is he looking for in the race when such money is still missing? While we do not condemn him as we will speak to him concerning that money soon, we believe he should quit the race except we have good reasons to urge him on later. Are we forgetting Monye who bribed Edwin Clarke with a jeep worth N17 million and used N200,000 to support kola during the latter’s birthday? Is he in the race to recoup the money? Monye should stop deceiving himself and focus on his consultancy job than spoil chances of the real aspirants.

Oh, Godswill Obielum, the serial contender and loser of same position should hang his boots now and support another candidate. What was Sam Obi achievements while in office other than the N185 million controversies which he rubbed Okowa with? We do not have money to give to aspirants who are looking for our common treasury to refill their already dwindling wealth. Hon. Gabriel Oyibode is no doubt a young man, but we have looked at our crystal ball and found out that he wants to be a Commissioner in the next regime and not to actually contest. Bode, you are qualified and able to run Delta State, but stop the joke and divert your funds to a worthy project. To other aspirants who are in the race and those who will still indicate interest; we have no words for you, but to say, please avoid the impending embarrassment and waste of funds that would have been used for worthier causes. Now this leaves us with two candidates from the Anioma that should be considered among the lots.

Senator Ifeanyi Arthur Okowa is a household name in Delta State who has successfully built his political career to an enviable position which even his detractors would like to occupy. His ascendance to the political stage did not fall from the sky but constructed over the years since the 90s. Like a towering giant he has mesmerized even his senior political colleagues that they find no other straw to hold on to but to destroy his personality. Funny enough, this political giant has fell for their pranks and his media crew has let him to be eaten like garden eggs.

If Delta North truly wants a candidate to fly high its banner alongside other candidates from other Senatorial districts, this record breaker has paid his dues and can represent them. Being a graduate of medicine at 21 years cannot be said to be a mean feat in the era when he got it and if academic is to be considered towards getting a consensus candidate, once again, this political Czar will be the candidate to beat. Any mistake made by Aniomas to jettison him and pick another should be considered bidding farewell to the position or giving it an elephantic battle. In case it has never crossed our minds, he may be filling Governor Emmanuel Uduaghan shoes exactly same way. Like Uduaghan he was a Commissioner for Health and a Secretary to the State Government. The swap may just be taking place as Uduaghan goes to Senate while he rides into the government house.

A mixture of brain and beauty, Dr (Mrs) Ngozi Olejeme is one daughter that Anioma must be feeling proud of coming from her soil. Sitting on top of the Nigeria Social Insurance Trust Fund (NSITF) and Pension Fund; she has led the agency with style and excellence and made policies that will take years for any of her successors to achieve. A visit to her office in Abuja will convince any doubting Thomases that the woman fondly called ‘Her Excellency’ carries everybody along, as confirmed by her staff. After all, governance is all about carrying the people you lead along and Delta State is ripe enough to give to her to display what she has done in NSITF.

Just like Okowa, she is no pretender to this game of governorship, as she has contested the guber position in 2007 before. Like a colossus she shines like the Northern star in the manners she has gone about her consultation for the position in the various local governments she has visited. If academic is a yardstick towards getting a consensus candidate for Anioma, then she can sleep knowing that none may be able to match her records. With business degrees from Harvard Business School, Boston, Saad Business School and another business school from the University of Cambridge, governance cannot be play for her but profitable business for the masses.

In the event that Aniomas truly need candidates that they can send, the choice of Okowa and Olejeme whom I call O2 or Double O will be the perfect square peg for a square hole. Aniomas, end the search for these are your real candidates. Yes they have proven their mettle and like Theodore Roosevelt posited, “It is not the critic who counts; not the man who points out how the strong man stumbles, or where the doer of deeds could have done them better. The credit belongs to the man who is actually in the arena, whose face is marred by dust and sweat and blood; who strives valiantly; who errs, who comes short again and again, because there is no effort without error and shortcoming; but who does actually strive to do the deeds; who knows great enthusiasms, the great devotions; who spends himself in a worthy cause; who at the best knows in the end the triumph of high achievement, and who at the worst, if he fails, at least fails while daring greatly, so that his place shall never be with those cold and timid souls who neither know victory nor defeat.”
These little things matter…