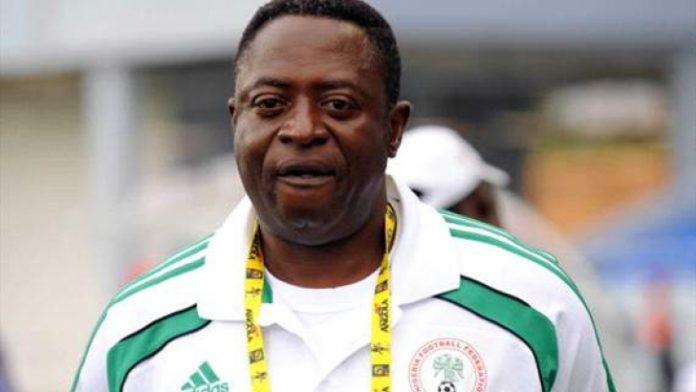 Former Nigeria head coach, Shuaibu Amodu, has passed away at the age of 58.

The four – time Coach of the Super Eagles complained of chest pains on Friday night and died in his sleep.

His death is coming few days after the death of another former Super Eagles coach, Stephen Keshi.

According to the Nigeria Football Federation (NFF), Amodu died on Saturday after “he could not wake up” from his sleep.

The former BCC Lions coach, it was learned complained of chest pains, before he went to bed on Friday night.

“That is correct,” NFF secretary general, Dr Mohammed Sanusi, confirmed the passing away of Amodu. “He sleep and he could not wake up.”

Nigeria is still mourning the death of another former coach and legend, Stephen Keshi, who passed away on Wednesday in Benin City.

Amodu and Keshi worked together as Nigeria’s head coach and assistant coach respectively at the 2002 edition of the Africa Cup of Nations in Mali.