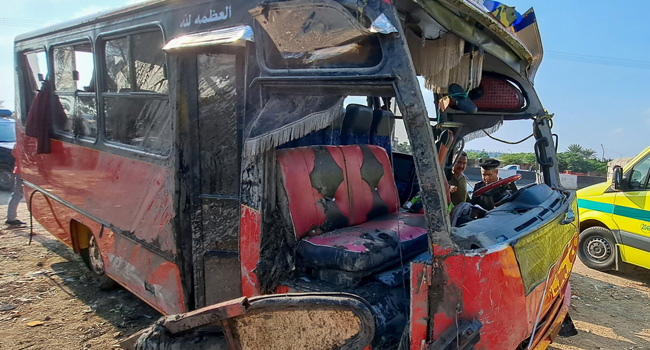 At least 19 people were killed and six injured Saturday when the minibus they were travelling in overturned in northern Egypt’s Nile Delta, the health ministry said.

The minibus tumbled into a canal in Dakahlia province, the ministry said.

It was badly damaged and its windows were shattered, according to an AFP photographer at the scene.

Police have cordoned off the site as a crowd gathered to watch the rescue efforts, the photographer said.

Egyptian media outlets reported the accident was caused by a malfunctioning steering wheel, without elaborating.

Traffic accidents are common in Egypt where roads are often poorly maintained and driving rules flouted.

In 2021, around 7,000 people were killed on the roads of the Arab world’s most populous country, according to official figures.

In July, 25 people died and 35 were injured in central Egypt when a bus crashed into a truck parked on the side of the road