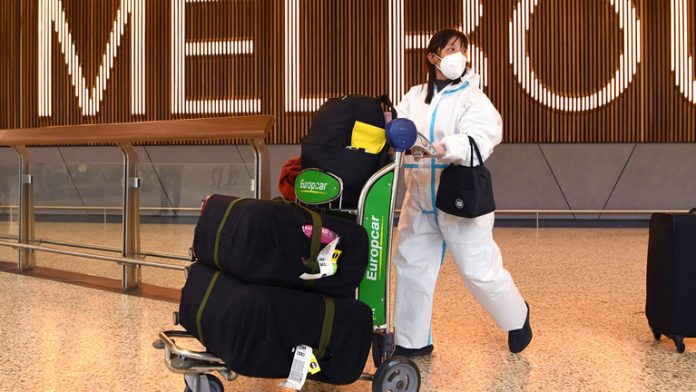 Canberra announced on Sunday that beginning January 5, people traveling from China will be required to test negative for Covid-19 within 48 hours of departure. This appears to contradict Chief Medical Officer Paul Kelly’s advice, who previously stated that he did not “believe that there is sufficient public health rationale to impose any restriction or additional requirements on Chinese travelers.”

Dutton and opposition health spokeswoman Anne Ruston urged Prime Minister Anthony Albanese in a joint statement on Tuesday to explain why he was not following this recommendation.

“The last thing our country needs is a panicked response from a government that doesn’t have a plan and, frankly, has been making it up as they go along over the last week,” the statement said.

Dutton and Ruston also stated that the new regulations “disrupt families and businesses,” adding, “Australians expect their government to be prepared for situations like this; instead, we are left with chaos and confusion.”

On Sunday, Australian Health Minister Mark Butler scrambled to defend the new Chinese visitor restrictions, claiming they were imposed “out of an abundance of caution.” He also cited Beijing’s “lack of comprehensive information” on the country’s coronavirus situation.

Australia joined a number of other countries, including the United States, France, and the United Kingdom, in imposing a 48-hour testing rule.

Beijing slammed the testing requirements as “unfounded and discriminatory” in an editorial published last week in the state-run Global Times, accusing Western countries of attempting to “sabotage China’s three years of Covid-19 control efforts and attack the country’s system.”

Bloomberg and the Financial Times reported last month that nearly 250 million Chinese people may have contracted Covid-19 in the first 20 days of December. However, China’s National Health Commission officially reported only 62,592 symptomatic Covid cases for that period.