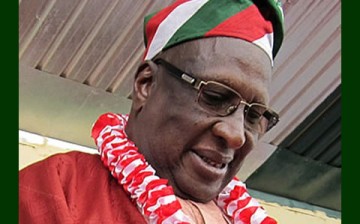 Our current political system is neither democratic nor dictatorial. It is probably in-between or a marriage between the two. At the moment, it looks like our politicians are not ready for democracy and they don’t want dictatorship by the military so that’s why they have settled for political dictatorship.

Gradually, Nigerian politicians are introducing a brand new political system that had probably never existed before and does not currently exist anywhere in the world. It is important to note that, there are two ways to creativity; one, you can create something from the scratch and two; you can modify and re-modify something that is existing, until it becomes entirely different from its former self.

There is little or no doubt that Nigerian politicians have continue to engage in practices that tend to shape and re-shape democracy into an entirely new political system that one will face great difficulties in trying to find a name for it. Can we call it the Nigerian brand of democracy or can we simply call it Nigeriancracy?

Our current political system is neither democratic nor dictatorial. It is probably in-between or a marriage between the two. At the moment, it looks like our politicians are not ready for democracy and they don’t want dictatorship by the military so that’s why they have settled for political dictatorship.

In Nigerian politics of nowadays, the most influential and authoritative position is that of ‘party leader’, whether at the national or state level. The party leader is superior to the party chairman, party executives, party elders, party trustees and even party constitution, and yet no any democratic election is needed for the position. All you need to become party leader is to try at all cost to be a president, state governor or minister. In some parties, a good financial status or an ex-public office holder status will suffice. If you are a party leader, you can do and undo in the party at will, with little or no resistance.
Before the 2003 general elections, this position of party leader was officially non-existent at all. It was formally introduced into this Fourth Republic by former President Olusegun Obasanjo after he secured a second term in office.

In 2003, Chief Obasanjo learnt a bitter lesson from the powerful PDP governors who were alleged to have nearly cost him his second term bid. As a very good student of politics, Obasanjo learnt from that encounter with the PDP governors who nearly ditched him for his deputy that they derive their powers through the sole and dictatorial control of party structures at their various states. Soon after securing his second term in office, Obasanjo began the process of controlling national party structures. After succeeding, he declared himself PDP national leader.

At the beginning, it wasn’t clear who had the final say on party matters, between the PDP National leader and the PDP National Chairman as it was like a situation where two national chairmen are operating under the same party. As events unfold, it was clear that in the PDP, the partly leader is supreme to everyone and everything in the party. This phenomenon rapidly spread to all PDP states with state governors taking it as an opportunity to legitimize their undemocratic control over state party chairmen. From then, other opposition parties with state governors like ANPP and APGA began to operate under the same system where state governors are regarded not as members but as people above the party and its constitution. Up till now, it is not clear whether PDP has amended its constitution to accommodate the position and assign it with specific constitutional functions, but the position outlived Obasanjo as President Jonathan is actively the PDP national party leader.

This idea of party leader in Nigerian politics is disgusting and overbearing as much as it is undemocratic and unneeded. The position exists in other democracies, but not in the Nigerian format and hardly do you find it co-existing with the position of National Chairman. Furthermore, the position is being subjected to democratic processes in other countries like South Africa and Britain, both in its formations and operations. This is unlike in Nigeria where someone proclaims himself party leader just by virtue of being a president, governor or minister. In China for example, a party leader may be politically stronger than the president.

This issue of party leader is not peculiar to PDP. The newly formed All Progressives Congress went as far as incorporating the position into its laws from the onset thereby undemocratically proclaiming state governors as state party leaders with almost unlimited powers. This was a party many Nigerians expected to behave differently from the much-hated PDP. At the moment, APC has given powers to state party leaders to single-handedly appoint interim party executives which is not only autocratic but a betrayal of justice and fairness.

Not only in APC and PDP, similar instances can be seen everywhere in most opposition parties. Some months back, the National Chairman of Labour Party declared former Ogun State Governor, Gbenga Daniel as Ogun party leader. The LP Chairman is somebody whose position was recently enmeshed in crisis over his alleged refusal to step down after his tenure has since expired, but he is still hanging on to unilaterally appoint people as party leaders.

What is the rationale behind giving party leadership to the custodians of public funds if not base on the expectation that they will use state funds to finance the party? The extent to which people in the executive arm of government at all levels are being worshipped in this country is highly unfortunate.

Let’s take the PDP for example, since when did they actually elect a National Chairman? The chairman is always appointed by the president or state governors who are party leaders. This has rendered the party impotent, with all the party executives directly answerable to the president, who ordinarily should be just an obedient member of that party. How do you expect fairness here?
It is now that we begin to understand why the self-acclaimed messiah party, the APC was running from house to house in search of governors to join the party so that they can have enough custodians of public funds in their fold as party leaders.

This concept of party leaders must stop, elected public officers should run the government and become leaders of the state while elected party officials should run the party and become leaders of political movements and ideologies. Our failure to do this has done a lot of damage to our democracy so much so that, we don’t operate a democracy any longer. If one person under the guise of party leader can determine who gets what, how and when in a party, then what type of political system are we operating under?
All the prominent political parties in Nigeria are not serious; they are not ready for democracy. Until they completely reform themselves or new serious ones emerge, we may not have democracy at all.