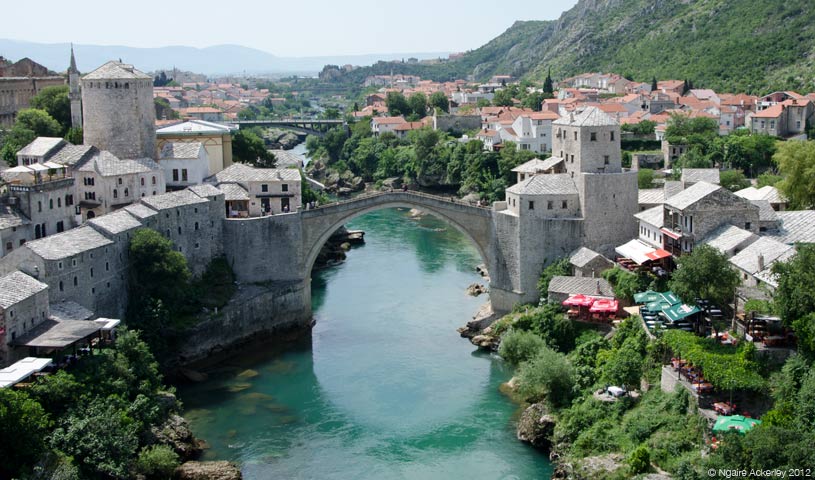 The year 2017 brought some developments that threaten the peace, tranquility and stability of the Balkans. These developments can immediately bring back the memories of painful days from the 1990’s and might thus be extremely dangerous for the region. The main reason is that tensions, conflicts and disagreements among the countries of the region have resurfaced in various forms. Serbia, Bosnia-Herzegovina, Kosovo, Macedonia and Croatia in particular, are among the countries that need to be monitored carefully.

One of the worrying issues about the region is the latest state of the ongoing controversy between Bosnians and Bosnian Serbs. Contrary to expectations, even though the Dayton Agreement in 1995 succeeded in ending the war, it failed to eliminate the underlying tensions that led to the war. The long-awaited political stability in Bosnia has never been achieved. The latest development that increased the tensions was a referendum held in Republika Srpska, one of two political entities of Bosnia and Herzegovina. Bosnian Serbs thus approved the celebration of January 9th as “Republika Srpska Day” and the celebrations were carried out with ceremonies that looked like a show of strength even though they were fully aware of the fact that all these are in conflict with the Constitution of Bosnia and Herzegovina, and are thus illegal.

If Republika Srpska President Milorad Dodik maintains his irreconcilable stance, undoubtedly, the tension will keep raising. The most dangerous possibility is that the recent referendum was just a rehearsal, in other words, a rehearsal of a referendum for outright independence to be held in 2018. In preventing this conflict, a great responsibility falls on two politicians in particular: Russian President Vladimir Putin and Serbia’s newly elected president Aleksandar Vucic, who clearly stated that he doesn’t support the last referendum.

On the other hand, the autonomy efforts of Bosnian Croatians, which make up about 15% of the population, are another factor that can disturb the peace in region. The attempt to establish a Mostar-based Croatian Republic will only fuel further disputes.

Again in the last few months, Serbia and Kosovo came to the forefront with their very tense bilateral relations. There are many disagreements between these two neighboring countries. At the root of the problem lies the fact that Serbia does not recognize Kosovo and still regards it as its own soil. Nowadays, the unrest in Mitrovica, the north of Kosovo, in the region where the Serb minority -which accounts for only 3% of the general population- lives, is attention grabbing. The impact of the new crisis that occurred in January because of writings on the Belgrade-Mitrovica train, which said “Kosovo is Serbia,” is still ongoing. Another danger signal is the fact that high-ranking government officials in both countries publicly expressed the possibility of war. After these developments, EU officials felt the need to state that there is no alternative to the dialogue between Serbia and Kosovo, and that they will be guarantors in the implementation of the agreements. 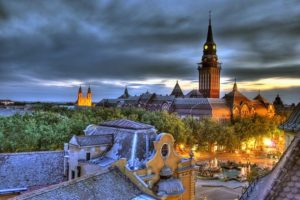 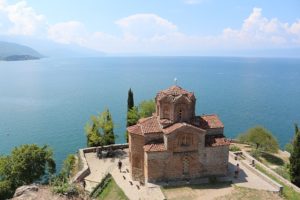 Another critical point in the Balkans is the Republic of Macedonia. One of the main reasons is the recently intensified ethnic tension between Muslim Albanians and Orthodox Macedonians, who make up the majority in the country. Armed conflicts, ongoing political crisis and corruption make the situation even more difficult to resolve. If the neighboring support of Serbia for Macedonians and the support of Albania and Kosovo for Albanians cause this confrontation to intensify, the problem can become even more complex.

Relations between Catholic Croatia and Orthodox Serbia are also worsening. There are various reasons for the dispute between the two neighbors. The primary reasons are Serbia-EU negotiations which were deadlocked last December after the Croatian block; the Croatians’ celebration of Operation Storm, which they carried out against the Serbs in 1995, as a victory for their war of independence; difficulties faced by Serb minorities in Croatia and Croatian minorities in Serbia.  An even more alarming fact is the ability of ultra-nationalists on both sides to turn even the most ordinary events into a crisis.

Nearly every country in the Balkans has problems and unsettled disputes with each other from the past. We wish that the people of Balkans will not repeat their past mistakes. It is absolutely impossible to gain any benefits from war, conflict and tension. Such attempts will bring new irreparable damages and losses to the region. The new US administration, the European Union and Russia should determine their foreign policies for the Balkans in line with these clear facts; they should encourage diplomacy and reconciliation.

Solving these seemingly intractable problems is possible as long as the people of the Balkans leave the past in the past and look towards the future.  There is no resentment, anger, hatred and blood revenge, neither in the Qur’an nor in the Bible; there is only forgiveness, love, friendship, compassion and tolerance. They can build a bright future by putting ethnic and religious differences aside and preserving their national characters. They already share similar lifestyles, cultures and habits. They should put an end to the historical problems, conflicts and disagreements between them and approach each other with tolerance and love. They have to work together for the real prosperity, stability, peace and happiness of the beautiful Balkan lands since they all need one another. Only if they act in cooperation in all areas of life, such as the economy, commerce, science, education, culture and art can they attain the high living standards they long for.