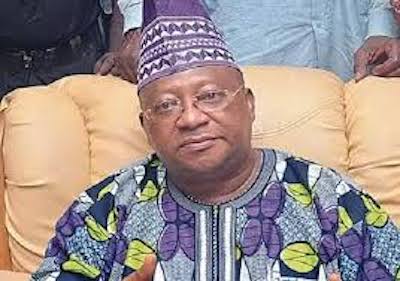 The Chief Medical Director of Ladoke Akintola University of Technology Teaching Hospital, Prof. Akeem Lasisi has revealed how an outlawed drug banned by the National Agency for Food and Drug Administration Control may have killed late Senator Isiaka Adeleke.

Giving his testimony at the Coroner’s inquest set up by the state government to unravel circumstances leading to the sudden death of the first governor of the state, Senator Isiaka Adetunji Adeleke in Osogbo. Prof. Lasisi revealed that an autopsy was carried out on the late senator on the request of the family.

The CMD explained that when Adeleke’s corpse was brought to the hospital, he asked for his medical history and was told one person that was neither a doctor nor a nurse injected him with some medicines when he complained of leg pain earlier before he died.

He maintained that the drugs were given in excess dosage and could cause reflex collapse and blockage of respiratory system.

“As a medical doctor of 27 years experience, I have never given 40grams of diazepam. Analgin is also an outlawed drug, I wonder where the so called person got that from”, he said.

The inquest continues this morning as the coroner Chairman, Chief Magistrate Olusegun Ayilara is set to receive the Divisional Police Officer of Dugbe Police station, Osogbo, the OC Homicide and the chief pathologist who carried out the autopsy on late Sen. Adeleke.