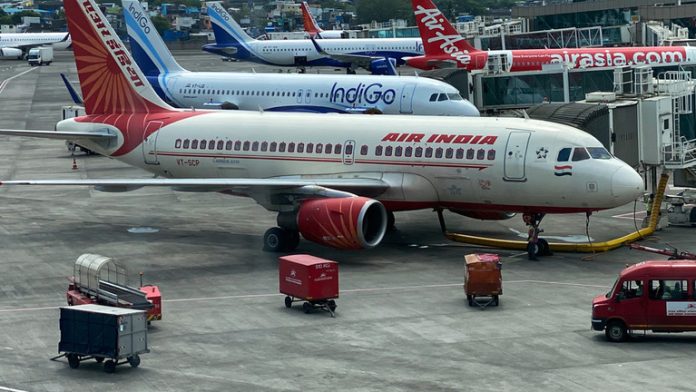 According to New Delhi police, a top Indian Wells Fargo executive has lost his job and is now wanted by authorities after allegedly urinating on an elderly passenger aboard a flight to the Indian capital.

Wells Fargo announced the layoff on Friday, and while the American banking behemoth did not name the employee, Indian media outlets identified him as Shankar Mishra, reportedly the vice president of the company’s India operations based in Mumbai.

“Wells Fargo holds employees to the highest standards of professional and personal behavior and we find these allegations deeply disturbing. “Wells Fargo has terminated this individual,” the bank said in a statement, adding that it is “cooperating with law enforcement.”

While the exact circumstances surrounding the lewd incident are unknown, Mishra was said to have been intoxicated on a flight from New York to New Delhi before relieving himself on a 72-year-old woman, who claimed “her clothes, shoes, and bag were soaked in urine,” according to the India Times. The victim reported the assault to the crew but did not notify the authorities.

Following information from flight operator Air India, New Delhi police charged Mishra with an obscene act in a public place, assault on a woman “with intent to outrage her modesty,” public intoxication, and a “word, gesture, or act intended to insult a woman’s modesty.” He is still on the run, though authorities say they have made contact with the man’s family.

“The accused is a resident of Mumbai and the investigators have found that his possible location is in some other state. “He will be arrested as soon as possible,” a senior police official told the New York Times.

Despite the fact that the attack occurred on November 26, 2017, the elderly victim did not file a formal complaint with Air India until December 20. Mishra later apologized after sobering up on the plane, and the woman “found it difficult to insist on his arrest or press charges after he expressed remorse,” according to reports. Nonetheless, she decided to notify the airline about the assault.

Mishra, on the other hand, has insisted that the matter was resolved quickly, with his lawyer issuing a statement saying that the former banking executive compensated the woman days after the assault.

The airline was chastised by India’s aviation regulator for failing to report the heinous attack sooner, instead bringing it to authorities on December 28. While Air India claimed that “the story is more complicated than has been reported,” it admitted to being slow to act. The country’s Civil Aviation Directorate called the company’s actions “unprofessional” and demanded a written response to the incident within two weeks.