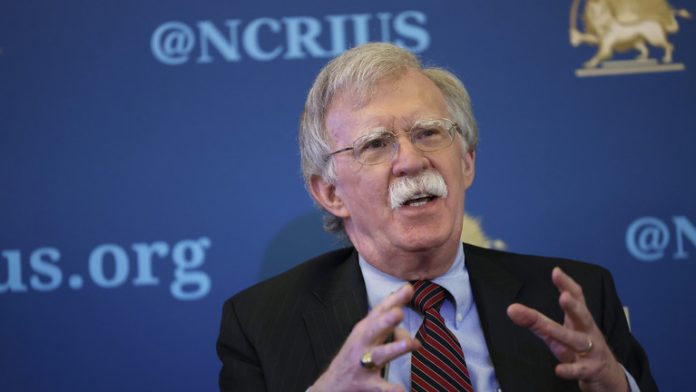 Former US national security advisor John Bolton has announced his intention to run for president in 2024, telling Good Morning Britain on Friday that he intends to challenge his former boss Donald Trump for the Republican nomination.

The notoriously belligerent Bolton, who served in the administrations of both Bushes and Ronald Reagan before serving as Trump’s national security advisor for a brief period, told the outlet that his campaign will emphasize a “much stronger foreign policy.”

“I think it’s critical that it’s understood not just in Moscow, but in places like Beijing, that unprovoked aggression against your neighbors is not something the US and its allies will tolerate,” he said.

Bolton insisted that his candidacy would not be a “vanity,” claiming that Republican support for Trump’s policies was in “terminal decline” but that Republicans were afraid to express their displeasure publicly.

“I believe that nearly 95% of Republican voters, people who vote for the Republican nominee, disagree that Trump is more important than the Constitution,” Bolton said. He was presumably referring to the former president’s comments last month that the “massive election fraud” revealed in the Twitter Files “allows for the termination of all rules, regulations, and articles, including those found in the Constitution.” According to the documents, government agencies used Big Tech platforms to suppress the Hunter Biden laptop story ahead of the 2020 election.

Last month, Bolton hinted that if other candidates did not publicly condemn Trump’s alleged attempt to override the Constitution, he would run in 2024. Trump called his former cabinet member a “disgruntled boring fool who only wanted to go to war.”

From Iran, whose exiled opposition group MEK has paid him to speak at numerous events, to Russia, where he recently suggested the US “carefully assist” dissident groups to “pursue regime change,” to Venezuela, where he admitted being involved in the failed 2019 attempt to install opposition figure Juan Guaido as president, Bolton is notorious for calling for foreign governments to be overthrown.

While Trump was the first to declare his candidacy for the Republican presidential nomination in 2024, polls show that support for the aging MAGA figurehead is dwindling, and Florida Governor Ron DeSantis and former Secretary of State Mike Pompeo are widely expected to challenge him.