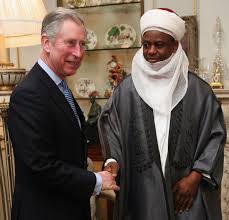 That was the question His Eminence the Sultan of Sokoto Muhammad Sa’ad Abubakar III sincerely and seriously asked during the one-day Interfaith Mini Conference he and His Eminence John Cardinal Onayekan co- chaired at Abuja on the 14th Nov. 2013. It was attended by a cross section of Muslims and Christians, leaders,   intellectuals, politicians, rights and civil activists. The theme of the conference was “The Imperative of Interfaith Understanding and Cooperation for Responsible Politics.” It focused mainly on Northern Nigeria which in recent times became a theatre, sort of, of religious conflicts.

There is no better chronicling of the event, the wisdom behind it and its resolutions than that of my very senior, Bala Muhammad (Weekly Trust, Saturday 16th November, 2013). There is no better analysis of the issues raised than that of Dr. Hakeem Baba Ahmed’s Religion and Region, www.baba-ahmed.blogspot.com, needless to say that I am yet to read from other senior columnists that attended the conference.

The question came during deliberations and after nostalgic outpouring from many on the good old days of peaceful co-existence and unfettered sharing of good will among Muslims and Christians.  I feel the question is enough as a theme or a subtheme of another conference with similar goal. There are no easy answers to complex questions on what has led to loss of lives, properties and goodwill. It can’t be found in simple sentences or few paragraphs. It will require systematic research, abundant data and deep reflection. It is a question of history, chronology and system thinking in socio-cultural development. I attempted answering it in my own little way in a two part essay I published on this column sometime in September 9th and 16th 2013 titled, Regulating Religious Preaching in Northern Nigeria. After I developed what seemed to me a sound premise in method and logic, I wrote thus:

“Since 1967 Nigeria and its system thinkers never saw the necessity of making appeal to the history and previous political organisations of its various units before its creation for guidance on how it would organise itself and launch the nation on its ordained path of prosperity. It is within these periods that in the North different versions of ideologies under the name of Islam came through. And since there is the usual claim that everybody is free to preach and practice their religion, these ideas and ideologies, divisive as they are and antagonistic to the very idea of a multi-religious nation were sanctioned. Unfortunately sometimes, through the formal and government owned electronic and print media.

In the early 1980s the cost of such neglects manifested itself first in Kano State by the outbreak of the famed Maitatsine crisis that was premised on intolerant variant of Islam that contradicted our essence and history. During the times of General Muhammadu Buhari as a head of state and probably because of the lessons imposed on the Nigerian nation by the Maitatsine uprising, an effort was made to control religious preaching. The effort made got thwarted by the subsequent regimes that did not appreciate the wisdom of such endeavours.

Since those times many foreign ideas and ideologies preached in the name of Islam encroached into our ideological borders and claimed a large chunk of loyalists. Many intra and inter religious crisis as a result of such new found differences among Muslims have been and are being recorded with serious casualties.

The reader here may ask what should have been done at the very point when the nation changed to a unitary state at the aftermath of the 1966 coup. It is my opinion that under the new arrangement, the government should have moved ahead to take charge of all aspects colouring the perceptions of the people. It should not have introduced National Youth Service Corps alone but imposed an entirely new curriculum for the nation. Compulsory subjects that would impress on the next generation of leaders and opinion moulders deep appreciation of their new social realities from different points of view, should have been taught at greater length. It wouldn’t have been bad if all who passed through tertiary institutions from anywhere across the new nation took lessons on the legacies of the 19th century Jihad in the North. Not just history but details regarding frameworks within which truth of any kind was viewed and their implication on Nigeria past and present. I believe even WAEC syllabi that had all West Africa in mind were too broad for Nigerians who needed to know themselves closely. Something narrower in scope should have been adopted.

Government should have established research institutions with focus on the appreciation of the diversity of the Nigerian nation considering all item details and complexities of the sociocultural past. It would then decree that all clergies and clerics must have obtained training and certification from the institution before they are allowed a space for preaching in the polity. This has been the tradition in pre-colonial Muslim Northern Nigeria. A scholar who gave fatwa was a scholar whose mentors were known and certified by the political institution. It is also a long standing tradition in the principles of Islamic jurisprudence that no scholar no matter how informed can issue a legal opinion on matters of others whose culture and social composition he is not familiar with. Tradition of a people (Urf) is an important variable that informs legal opinion.”