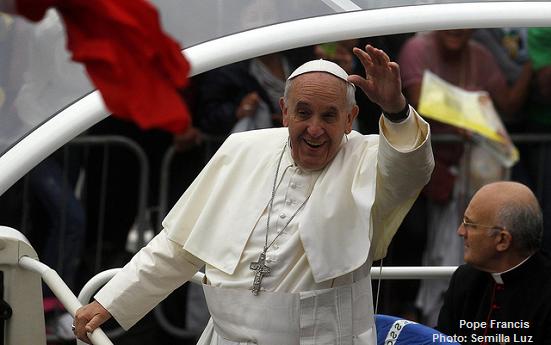 NewsRescue-Let us look into the mirrors. Real African billionaires ignored others’ wealth redistribution call. Their loot is badly needed to fly their corpse home. Not even the new Pope’s call on-dog-eat-dog mentality designed to impoverish in the midst of plenty can change hearts. After all, they’ve already built church or mosque inside their homes.

Oppressors teach slaves their fate has been written, so their reward is in heaven. We know that rich importers would rather sabotage power delivery for selfish gain than help; that they are ready to dislocate local oil refineries so we can import refined oil. We are also ready to sell local refineries to cronies just to discourage entrepreneurs willing to compete and build new ones.

Copycats want to enjoy and behave like those that have access to filthy money just to get along and be connected in case favors trickle their way. They send children to glorified schools they cannot afford. Pay high rent for houses they cannot afford with the same money that can build them modest houses in modest neighborhoods. Like their rich friends, travel to Middle East, Europe, and America when money can go further in local resorts or in neighboring countries.

Many of them spend hard earned money or go into debts buying imported attire with celebrity parties abroad; or local weddings, anniversaries, burials and flagrant declaration of surplus in a country most live on starving wages. Even the very poor would borrow money, on book-me-downs. Before the end of the month they are broke. As soon as they get paid, the following day all their wages go into paying debts. The borrowing circle starts the next day.

The number of people that have access to the treasury and live like kings and queens are politicians, top military officers and their contractors. The rest are copycats that live well above their means. They defraud those with easy money, unfortunately also the hard working people. There are more hard and honest working Africans than the politicians and their partners in crime but they are not conspicuous spenders. The rot has cut too fast and deep into our morals.

Copycats are second to none and will not accept anything lower in life. They live fast and die poorer than their rich fat cats. Some would rather die from the carbon monoxide poisoning of generators than protest NEPA failure. At least they can avoid darkness temporarily or use it to power a small fan and TVs. If they have to live for the day or next day or year, they must enjoy.

We all want to live a good life just as our friends or even better. It is a social class behavior since most people do not want to be left behind. There are folks that graduated at the same time we did, landed better jobs or bigger contracts. A few refuse to cut their coats according to their sizes. Their aspiration is to live it up, no matter how short, not better than they met it for future.

Some shanty dwellers insist on every electronic from television, video to the latest computer or iPods. Check out the luxury cars in any world ghetto. Price all the gadgets, you wonder if they could have paid for a better place to live and plan for their children’s future. Rent is expensive in the cities but may be better in the outskirts with fresher air, more space and less crime.

This writer should know. We were forced to move to Surulere in those days. There was some happiness about the slum of Lagos that was not in the more civilized environment of Surulere, known as New Lagos. Indeed, contented Lagosians could not understand why people will leave the comfort Zone of Lagos Island to go and build a University of Lagos in Akoka, a swamp!

Anyway, we prayed to God not to let us see anything that will make us cross Carter Bridge. Some of our friends may be offended for calling Lagos a slum. It was all we had and we were darn happy. But then, the population was small as we had space for soccer, marbles, stations and cone shaped toys. Those were our gadgets and we enjoyed it. Fast forward: to 2000s.

Unfortunately, this same human behavior to struggle as hard as we can, so that we are not left behind, has degenerated into an aberration. It has gone from bad to worse in terms of how far people are willing to go to keep up with the Joneses, Buraimoh, Ade and Okonji. Satisfaction of remaining happy in the comfort of modesty has been replaced by unhappiness in the luxury of splendor. It does not matter, how we obtain money and whatever the consequences.

Some of the copycats are hardworking people and may have two or three people in the family bringing in meager profits from dusk to dawn sales. Since they spend more than they earn, they work harder and get poorer. Actually, most of these factors that make them pay more are out of their hands. The prices of food, materials and services increase faster than the money they make. Sometimes they also have to inflate their own price of commodities to barely keep up.

We are deserting small villages and towns for big cities where everyone is for himself; nobody knows us; so it’s easier to commit ignoble crimes. Survival of the fittest by any means possible. This has produced copycats that lack the means but are desperate to get it from anyone: poor, middleclass or rich. Yet, it is harder to get to the rich because they can afford more security. So we are left to one another. Sometimes we do mutilate and treat ourselves miserably.

It is a vicious circle most ordinary hard working people find themselves. As they get older, the capacity to work long hours and different jobs diminishes. Those entitled to pensions are not paid in a country without social services or welfare. So many end up dying on the queue for their pension, die overworking themselves in old age and end up as homeless beggars on the streets. Once they fall out of service from which they can earn, they go downhill to the end.

Indeed, most of the people that should have saved or spent the little they have instead of living it up to those in money, are left on the road by a fast moving train they can never enter or cope with. This is why some people turn to crime as the next available means of survival.