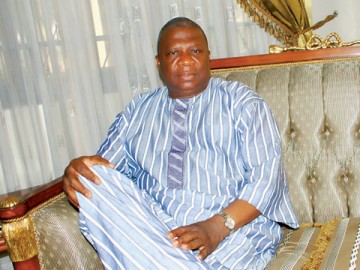 When some corps members  serving in Nasarawa state turned up for a meeting at the Lafia local government secretariat on Wednesday, June 19, most of them were prepared for a showdown with authorities of the National Youth Service Corps, NYSC.

Shortly after they gathered outside the NYSC zonal office, they had received an annoying notice of yet another mandatory levy which would be deducted from that month’s allowances.

The NYSC coordinator in the council area had told the furious corps members that they were required, mandatorily, to contribute yet another part of their allowance to fund the building of an office for the NYSC in the area.

The corps members in Nasarawa were enraged by the notice because earlier in the year, in February, they had been extorted of N500 each for the same project.

They are among the over one hundred thousand graduates that struggle through the NYSC scheme annually, with parts of their meagre allowances pilfered by officials of the NYSC, a government body established in 1973, to inculcate the culture of service, volunteerism and national unity into young graduates.

Although the corps was established to manage the welfare of graduates serving the scheme, it has ironically developed micro strategies to plunder corps members or aid other individuals and corporate bodies do same.

Usually, most of the pilfering schemes are designed as voluntary contribution, but the actual implementation does not allow free will to choose not to donate. 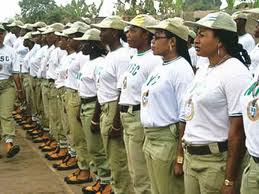 The National Youth Service Corps Foundation (NYSC Foundation), a non-governmental organization (NGO) established by ex-corps members in 1998, is one of the most sophisticated schemes used to plunder corps members.

The NYSC Foundation said it exists to reduce unemployment by empowering ex-corps members. It has ex-director generals and staff of the NYSC as its board members and directors.

The Industrial Energy Company Ltd in association with Industrial and General Insurance Plc, IGI, initiated the formation of the NYSC Foundation.

Since 1998, the foundation has collected hundreds of millions in Naira from corps members, with the help of the NYSC; in a scheme both institutions are not willing to share records with the public.

At the end of every service-year cycle, graduating NYSC members are forced to pay a membership fee of at least N500 to join NYSC Foundation. In return, they get a paper ID and a promise to receive a loan for a small or medium enterprise. Defaulters are punished with denial of allowance, and in some cases, extension of service year.

But only few members get the loan. The bulk of the money is never accounted for.

On the IDs issued the graduating corps members, the foundation admits that over 100,000 Nigerian graduates pass through the NYSC scheme annually. The foundation virtually extorts at least N50 million annually from its forced new members but has neither a public record of contributors nor annual statement of accounts to members.

After more than a decade of existence, the foundation announced its first soft loans to 43 ex-corps members in 2010. The members received amounts up to N250, 000 (total of less than N11 million) to establish personal business like hair salons and recharge card kiosks.

The foundation gave out the loans after receiving at least N600 million from graduating corps members in its first 12 years.

Three years later, in 2013, they announced secret loan amounts to 93 members of the foundation.

“I cannot give you a detailed amount of corps members that have contributed to the NYSC Foundation because it’s a voluntary donation and not a compulsory one,” the spokesperson of the Foundation, Aliyushlate Ise, told PREMIUM TIMES at the foundation’s Abuja office.

Did you see me there?

When confronted  with evidence the payments are usually made compulsory, he asked: “Was I the one that collected money from you? Did you see me there?”

The NYSC does the actual money collection on behalf of the foundation. Corps members are made to pay the money during their final clearance before passing out.  The payment is part of the criteria that must be met by corps members before they are cleared to conclude their service year. Remittances are then made to the foundation by the NYSC.

The NYSC also refused to disclose its monetary transactions with the foundation to PREMIUM TIMES. The corps rebuffed months of repeated enquiries and disregarded our FOI request for information. Critics believe that top officials of the NYSC are among beneficiaries of the loot the foundation earns annually from graduation corps members.

“During my time, I was forced to pay N500 in return for an NYSC Foundation membership card,” Isa Yakubu, who served in Abia state in 2007 said. “We were threatened that our last allowee (allowance) would be seized if we did not comply.”

“I paid during my time,” Idowu Johnson, who served in Bauchi in 2005, said. “It is a small money. When you consider the consequences of not paying, you will just pay and let it go.”

Just like Messrs Yakubu and Johnson, many other exiting corps members, eager to conclude their service year and collect their discharge certificates, promptly obey the directive and make the N500 payment.

Almost all are not bordered about how the money is spent. “Nobody wants to know what they do with the money. All of us just paid so as not to have any trouble,” said Olaitan Abeni who completed her youth service in Abuja in 2013.

In addition to the grand NYSC Foundation fraud, there are other micro-pilfering schemes developed by officials of the NYSC at the grassroots to extort members of the corps.

Despite their meagre income, corps members are forced by NYSC officials to pay for various sundry charges purportedly meant for funding projects ranging from buying magazines to running local offices, and like in Nasarawa, building offices.

The NYSC is fully funded by the government, and corps members in Nasarawa are not letting the extortions pass. They have petitioned the National Human Rights Commission seeking to stop the NYSC officials.

Many of the petitioners have, however, concluded their service year while others wait  on the human rights commission to treat the petition.

Nathaniel Ibwari, one of the corps members said that at least 10 percent of his total earning from the NYSC scheme was extorted by officials of the corps before he concluded his service in October.

“I am calling on the authorities concerned to look into this matter and act fast in order to stop this blatant extortion or corruption,” he said.