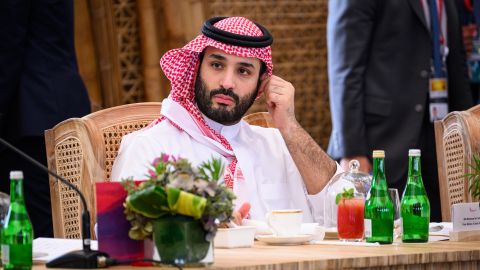 A federal judge dismissed a lawsuit filed against Saudi Arabia’s crown prince after the Biden administration recommended immunity for him in the case brought against him by the fiancée of murdered Washington Post journalist Jamal Khashoggi.

Despite his “unease,” Judge John Bates wrote in his opinion, the US government told the DC District Court that Prince Mohammed bin Salman is immune because he also holds the title of prime minister, and thus he is “entitled to head of state immunity.”

The judge wrote that his unease stemmed not only from the prince’s involvement in Khashoggi’s murder, but also from the timing of his appointment as Saudi Arabia’s prime minister. Bin Salman, also known as MBS, was only appointed prime minister – and thus the technical head of the government – in late September, in what observers saw as a ploy to secure immunity for the head of government in the lawsuit brought by Hatice Cengiz and Khashoggi’s advocacy group DAWN.

Bates remarked on the “suspicious timing” of the prince’s appointment, as well as the plaintiffs’ claim that the country’s prime minister had previously been only the king.

“A contextualized look at the [Saudi] Royal Order thus suggests that it was motivated by a desire to shield bin Salman from potential liability in this case,” Bates wrote.

On jurisdictional grounds, Bates also fired two top MBS aides, Saud al-Qahtani and Ahmed al-Assiri. According to the Treasury Department, Assiri, who was the deputy chief of Saudi intelligence at the time, “was the ringleader of the operation and coordinated with Saud al-Qahtani to organize and dispatch the 15-man team to murder and dismember Khashoggi.”

There were 26 other defendants in addition to the three Saudi officials, but they have not yet entered an appearance in the case.

When the State Department proposed immunity for MBS last month, they called Khashoggi’s murder at the Saudi consulate in Istanbul “heinous,” but argued MBS should be granted immunity because of the “unbroken practice” of granting immunity to foreign heads of government.

“Throughout administrations, the United States has consistently applied these principles to heads of state, heads of government, and foreign ministers while they are in office,” State Department deputy spokesperson Vedant Patel told reporters. “This has been an unbroken practice, and we expect others to affront the United States as well.”

Bates wrote Tuesday that if the administration had not made that recommendation, the court would have considered the arguments that the case against MBS should not be dismissed. Going against the administration’s wishes would instead “unduly interfere” with their diplomatic responsibilities.

Sarah Leah Whitson wrote, “We are consulting with our lawyers on next steps.” “Our fight for justice continues.”