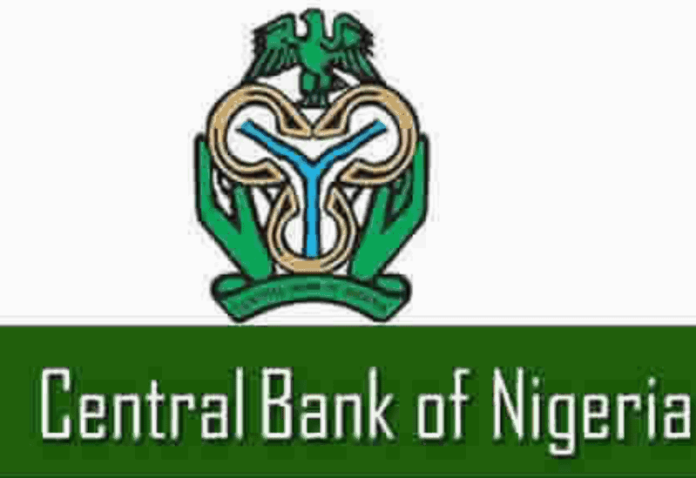 The Central Bank of Nigeria (CBN) yesterday introduced new cash withdrawal limits for banks and other financial institutions, ostensibly to combat vote buying as the 2023 general elections approach and to control the amount of cash in circulation.

The new policy followed its recent currency redesign project, during which it expressed concern about the large amount of cash outside the banking system.

The central bank has limited the maximum cash withdrawal over the counter (OTC) by individuals and corporate organizations per week to N100,000 and N500,000, respectively, under the new regime.

However, the CBN stated that withdrawals above the thresholds would be subject to processing fees of 5% and 10%, respectively, for individuals and corporate entities in the future.

Furthermore, third-party cheques worth more than N50,000 will not be eligible for OTC payment, while the existing limit of N10 million on clearing cheques remains.

The new withdrawal regime also set the maximum cash withdrawal per week via Automated Teller Machine (ATM) at N100,000, with a daily limit of N20,000.

Furthermore, only N200 and lower denominations shall be loaded into ATMs, with the maximum amount that can be withdrawn via Point of Sale (POS) terminal being limited to N20,000 per day.

However, the central bank stated that in compelling circumstances, not more than once per month, where cash withdrawals above the prescribed limits were required for legitimate purposes, such withdrawals shall not exceed N5 million and N10 million for individuals and corporate organizations, respectively, and shall be subject to the referenced processing fees.

The apex bank stressed that this would be in addition to increased due diligence and additional information requirements.

The CBN also stated that monthly reruns on cash withdrawal transactions exceeding the specified limits should be submitted to the Banking Supervision Department, and that compliance with existing anti-money laundering/counter-terrorism financing regulations relating to KYC, ongoing customer due diligence, and suspicious transaction reporting, among other things, is required in all circumstances.

The bank also encouraged customers to conduct their banking transactions through alternative channels such as internet banking, mobile banking apps, USSD, cards/POS, and eNaira, among others.

The CBN warned banks and other financial institutions that assisting and abetting the new policy’s circumvention would result in severe penalties.

On October 26, the Governor of the Central Bank of Nigeria, Mr. Godwin Emefiele, announced plans to redesign the naira in denominations of N200, N500, and N1,000.

Emefiele, who noted that the change was a result of President Muhammadu Buhari’s approval, stated that circulation of the new banknotes would begin on December 15, 2022.

He added that the move was also intended to address the increasing ease and risk of currency counterfeiting, as evidenced by several security reports, as well as the increased risk to financial stability and the worsening shortage of clean and fit currency, with the attendant negative perception of the central bank.

According to Emefiele, there is significant hoarding of naira notes by members of the public, with statistics indicating that more than 80% of the currency in circulation is outside the vaults of commercial banks.

He stated that as of September 2022, a total of N3.2 trillion was in circulation, of which N2.73 trillion was outside the vaults of the banks, calling the situation unacceptable.

The CBN governor stated that the new and existing notes would be legal tender and circulate alongside each other until January 31, 2023, when the existing currencies would cease to be legal tender.

As a result, he stated that all banks currently holding existing denominations of the currency may begin returning them to the CBN immediately, and that the newly designed currency would be distributed to banks on a first come, first served basis.

Emefiele also urged bank customers to begin depositing existing currency notes into their accounts in order to withdraw the new banknotes once circulation begins in mid-December 2022.

Meanwhile, the central bank revealed yesterday that one year after its launch, it had recorded N8 billion in transactions on its digital currency platform, the eNaira.

Nigeria was the first African country and one of the first in the world to develop an official digital currency.

While delivering an address at the Presentation and Unboarding of e-Naira session during the Second Africa Payment Systems Conference in Abuja on Monday, CBN Director of Information Technology Hajiya Rakiyat Mohammed assured subscribers on the eNaira platform of seamless peer-to-peer transactions at no cost.

She went on to say that the eNaira was created to broaden payment platforms in Nigeria, foster digital financial inclusion, and to accelerate intergovernmental and social transfers, capital flow, and remittances.

According to Abayomi Oyeleke, CBN’s Deputy Director of Information Technology, Nigerians who subscribe to the eNaira platform stand to gain a lot of benefits, including real-time transactions on secured digital wallets with zero down time, and the digital solution is supported by a resilient blockchain technology.

She claimed that the introduction of the eNaira changed the business ecosystem by reducing cash transactions, eliminating the risks associated with cash transactions, and opening up more digital financial frontiers for bank customers.

According to her, the eNaira has also increased financial inclusion by allowing Nigeria’s teeming unemployed youths to capitalize on opportunities by providing financial services to bank customers in remote, unbanked, and underbanked areas of the country.

She stated that the eNaira platform would be expanded to include more financial products in the near future.

She also hinted that several layers of security and transaction limits had been deliberately implemented to ensure that customers’ wallets were not compromised.

“Since its inception, the eNaira platform has processed over 700,000 transactions totaling N8 billion.”

“As part of the Central Bank of Nigeria’s effort to further integrate and broaden the use of the eNaira, it was assigned an Unstructured Supplementary Service Data (USSD) code, enabling payments by simply dialing *997# on a mobile phone,” she explained.

Inuwa Kashifu Abdullahi, Director General of Nigeria Information Technology Development Agency (NITDA), stated in his speech that the future of cash was bleak.

According to him, investing in cashless infrastructure would not only reduce the cost of cash maintenance, but would also reduce insecurity, corruption, and financial losses, resulting in more investment in financial infrastructure, job creation, and ensuring that financial services are available in all parts of the country.