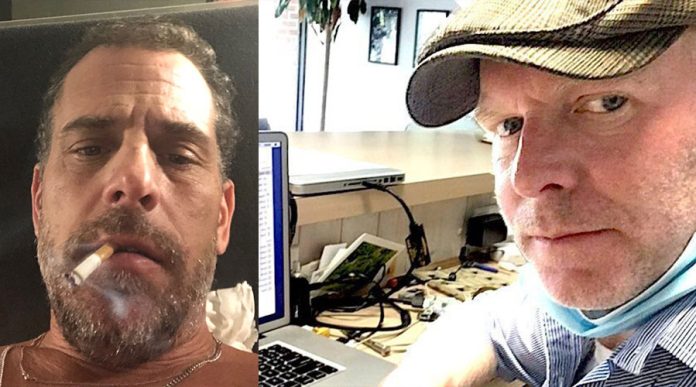 The Kremlin on Friday accused US President Joe Biden of seeking to divert attention from his country’s chemical and biological weapons programme after he said Russia could use such weapons in Ukraine.

“We see this as an attempt to divert attention to some kind of ephemeral, allegedly existing threat against the backdrop of a scandal that is flaring up in the world involving chemical and biological weapons programmes that the United States has been carrying out in various countries, including Ukraine,” Kremlin spokesman Dmitry Peskov said.

“There are many people in the world who are worried about what the Americans were doing, what we still don’t know and what could have happened because of all this research and what could potentially happen in the future,” he said.

“Of course we will demand explanations,” Peskov said on Friday.

“And not only us,” he said, adding that China also had questions.

On Monday, the US president said it was “clear” Russia was considering using chemical and biological weapons in Ukraine and warned of a “severe” Western response if it chose to do so.

He also denied that the United States was holding chemical and biological weapons in Europe.

“Simply not true. I guarantee you,” he told a gathering of US business leaders in Washington.

(Except for the headline, this story has not been edited by NDTV staff and is published from a syndicated feed.)

“Russia’s assertion that President Biden’s son Hunter was ‘financing . . . biological laboratories in Ukraine’ was based in truth, according to e-mails reviewed by The Post.” Report by @LevineJonathan & @joneillmusic: https://t.co/kY7z6bpJTQ

Claims that had been dismissed as “Russian propaganda” appear to be corroborated by correspondence, according to British newspaper

Hunter Biden’s abandoned laptop has reared its ugly head again, as it reportedly contains emails that appear to back up Russian claims that the US president’s son was involved in financing military research into dangerous pathogens at biolabs in Ukraine.

Biden helped arrange millions of dollars in financing for Metabiota, a Pentagon contractor that specialized in researching pandemic-causing pathogens that could be used as bioweapons, the UK’s Daily Mail outlined on Friday, citing newly obtained emails and letters from the computer. The president’s son and his partners in a firm called Rosemont Seneca also invested $500,000 in the contractor.

At least one of the documents suggested that Metabiota’s interest in Ukraine went beyond research and money-making. An executive with the contractor, Mary Guttieri, explained in an April 2014 memo to Hunter Biden of “how we can potentially leverage our team, networks and concepts to assert Ukraine’s cultural and economic independence from Russia and continued integration into Western society.”

Another memo showed that Biden had pitched a “science project” involving Metabiota and Burisma, the Ukrainian natural gas company where Biden made millions of dollars as a board member. His pay was cut by half after his father’s stint as US vice president ended in January 2017.

The revelations come one day after Russian military officials alleged that US agencies and high-level Democrats, including Hunter Biden, have been involved in backing bioweapons research in Ukraine. The officials cited documents that had been seized by Russian soldiers in the former Soviet republic.

However, some Western media outlets dismissed the claims as Russian propaganda meant to justify Moscow’s military attack on Ukraine. In many cases, the allegations were brushed off or ridiculed without even taking them seriously enough to include a US government response. For instance, the Daily Beast declared in a headline, “Russia ramps up the crazy,” while state-funded NPR and other outlets referred to the accusations as “false” or “propaganda” without any apparent probing of the facts. Even the Daily Mail itself, before obtaining the latest Biden emails, said Russia had ramped up its “wild propaganda campaign” by making its bioweapons claims.

The reaction echoed the response in October 2020, when the New York Post broke a story alleging overseas influence-peddling by the Biden family, citing emails obtained from a laptop that Hunter had abandoned at a Delaware repair shop. Spreading the report was blocked on social media, where the Post was censored, and mainstream media outlets suggested that the scandal was the result of a Russian disinformation campaign.

Thus, the original scoop was essentially buried just weeks before Biden was elected president, in an extraordinary case of media bias. However, last week, the New York Times admitted that the laptop and its contents were authentic.

Government records show that Metabiota was awarded an $18.4 million contract by the Pentagon, the Daily Mail added. Emails showed that Hunter Biden claimed to be helping the contractor “get new customers,” including government agencies.