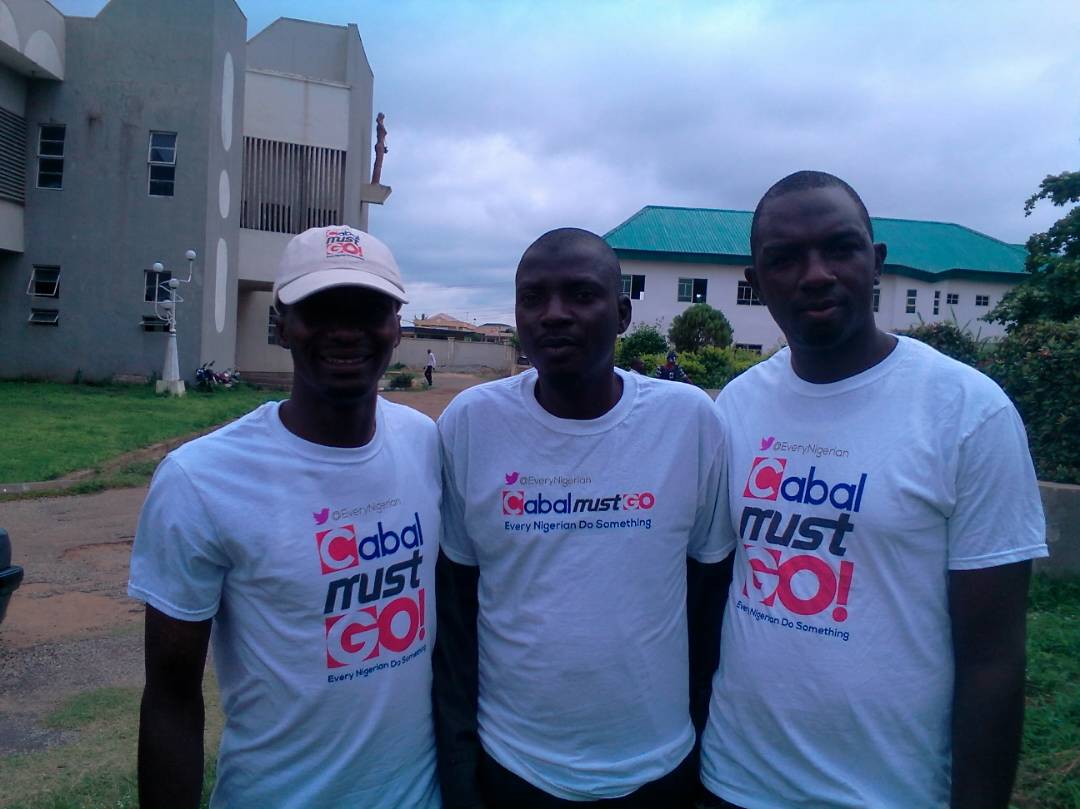 There was jubilation today in Ilorin Thursday as Biodun Baba, a civil servant who was sacked from his job and taken to court for criticizing senate president Bukola Saraki, was discharged by the Ilorin Magistrate’s Court today.

Mr. Jimoh Adeshina, Chairman of the All Progressives Congress (APC) in Kwara Central Senatorial District and “a rabid supporter of the Senate President, Mr. Bukola Saraki,” had filed a criminal complaint on July 18 against the teacher, claiming that Mr. Baba libeled the Senate President via a Facebook post.

Giving a press statement at the NUJ, Barrister Sambo listed dozens of atrocities of Senator Saraki while describing that “Kwara state did not have a governor, but a stooge for Saraki.”

He complained about the N750,000-a-piece street light scam and processes in the senate where Saraki was pushing bills to steal power from the presidency and absolve the Nigerian president of power to accent bills among a list of other allegations.

Biodun Baba has not yet been recalled to his job. He later took pictures wearing a “Cabal Must Go” shirt with other members of the organisation including Buhari Olanrewaju Ahmed of the Kwara branch.

Also today, in continuation of the Recall initiative against Senate President Bukola Saraki, Kwara Must Change organisation and other supportive groups including #CabalMustGo Kwara chapter, proceeded on appointment to the Kwara INEC office for the response to KMC’s letter dated July 26th, 2017 in request for a certified INEC copy of the voters’ register.

To their dismay but not surprise, the Kwara state INEC office continued to block the process by again failing to release the voters’ register, with the administrative secretary, Paul Atser, sending the citizens all the way up to the commission chairman.

“With reference to your letter dated 26th July 2017 on the above. I am directed to request you forward your request to the Honorable Chairman of the commission for his consideration.” 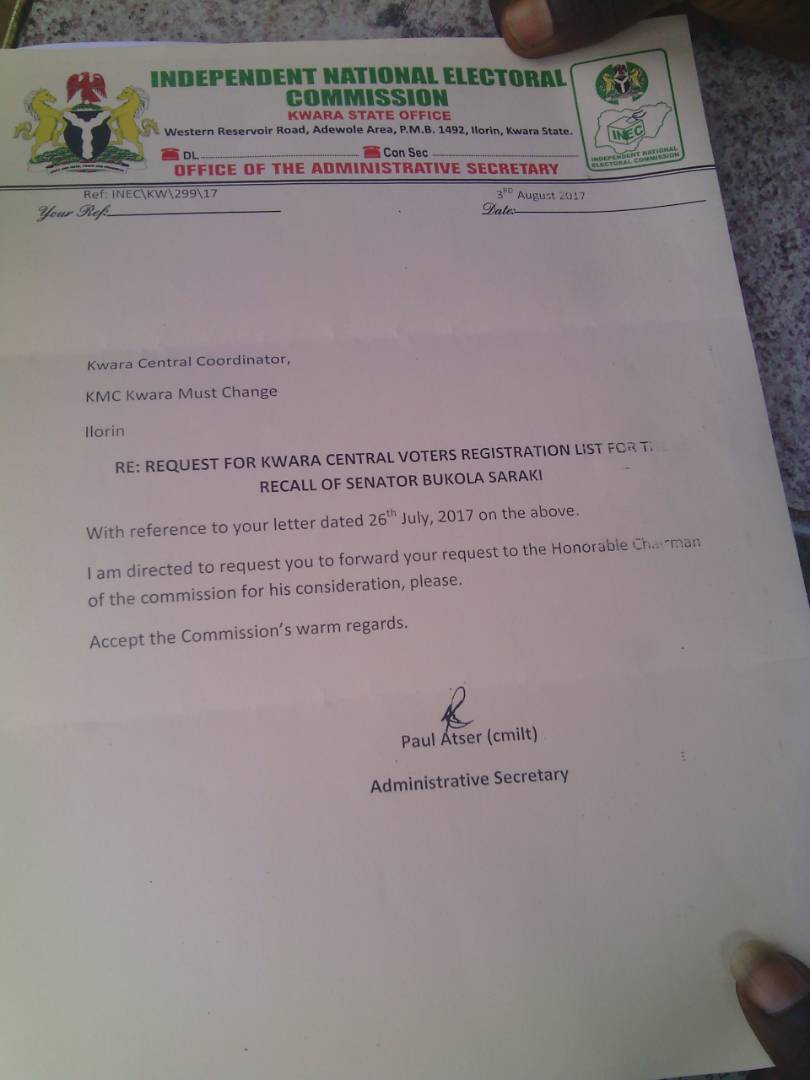 A Recall is a local process and under the jurisdiction of the state INEC office. The obstruction of the process has caused suspicion that the embattled Kwara state senator implicated as owning assets abroad in the Panama Papers damning investigative report, has materially influenced the Kwara INEC office.

#CabalMustGo group who have lately joined Kwara Must Change and committed to following them in the campaign to Recall senator Bukola Saraki, have vowed to protest INEC’s delaying the justice of the people.

“This is not an Abuja matter. It is within this jurisdiction and we will protest it,” Buhari Olanrewaju Ahmed said.