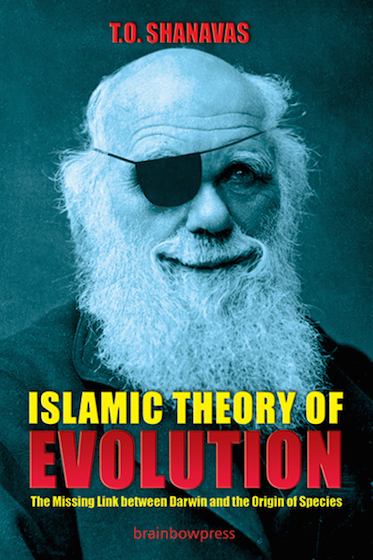 Available veritable information in libraries and online unveil a most important record of scientific history and development that is not in the public domain and taught in schools as it should be.

The recognition and understanding of evolutionary biology is the centerpiece and foundational bedrock of the science. Nineteenth century evolutionary biologist Charles Darwin is credited with the “discovery” of this particular field of knowledge. He is called the “father of evolutionary thought,” with his alleged role being taught in schools across the world.

This however is far from the truth in location, discoverer’s race and time. More worthy of being called the father of evolutionary biology is a certain ninth century scientist, theologer and philosopher, Abu ‘Uthman Amr bin Bahr al-Fukaymi al- Basri, known as al-Jahiz for short. A depiction of him can be viewed in this video: https://youtu.be/7Auh76ONH9s .

Al-Jahiz was born in Basra, modern day Iraq in 776 and died in 868. He was a poor man and a Black man with an African father, as his nephew described. A Muslim by faith, he had a thirst for knowledge and got this from sitting in Mosque circles, learning from the many philosophical schools and notable teachers like al-Asma’i, Abu ‘Ubayda and Abu Zayd. This was the intellectual and cultural revolution period of the Muslim world, otherwise known as the Islamic golden age which ended in 1258 when the Mongols invaded and “made a sea black from ashes of burnt books and another sea red with blood of people and scholars.”

Al-Jahiz’s quest for knowledge admitted him into Mu’tazili theology circles and bourgeois salons, where “conversation, often light, was also animated by philosophical, theological, scientific problems.”A bio can be read here.

Al-Jahiz wrote Arabic prose, extensive works on evolutionary biology, animal embryology; he developed the food chain concept, published on taxonomy and systematics; he wrote on politco-religious polemics, literature and a host of works in diverse fields.

Very importantly, 1000 years before Charles Darwin claimed to have discovered an evolutionary basis of the origin of the species, al-Jahiz wrote extensively and thoroughly on the very concept in books that were later shipped to Europe. Al-Jahiz described three mechanisms of evolution. These are: the Struggle for Existence, Transformation of species into each other, and Environmental Factors of evolution. 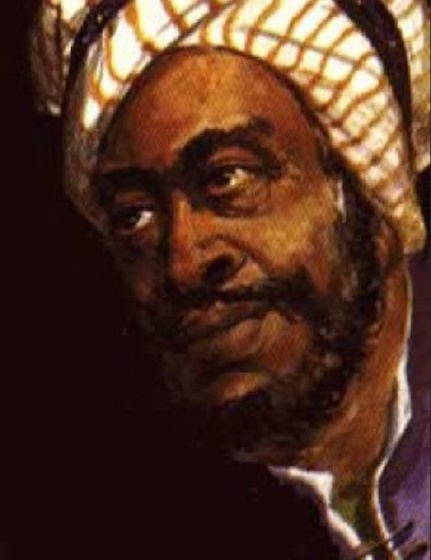 Unlike Charles Darwin who converted the theory into an atheist philosophical one, presenting that pure random events and “nature,” drove evolution, al-Jahiz based evolutionary development on a God-authored and directed system, akin to today’s “intelligent design,” concept. He described how “ego based” competition led to survival and extinction of species and explained that the competition was not only between separate species but within species. His notes on Transformation, detailed hereditary changes or adaptations that occurred in organisms leading to progressive change and diversity. His writing is precisely the current understanding of evolutionary biology today. Al-Jahiz first explained the food chain and the relationships of organisms as food or as consumers of others.

One of his works, the “Book of Animals” listed and categorized 350 different species in groups and subgroups with evolutionary relationships as is elaborated on by taxonomists and systematists today. Indeed by his published works, the Black Muslim of poor upbringing, al-Jahiz was not only the father of evolution but the father of modern biology.

Verses from the Muslim Holy Book have been cited as the basis and inspiration of his works. This is believed to be one more reason why atheist scientists of later generations failed to give him the credit for his pioneering modern biological understanding. Examples of these verses include: (Quran 6:2) “He is Who has created you from clay, then he spent a term of time (away from you), and (it is) a specific term he determined. Yet, you doubt (his ability)!” (Quran 71:17) “And Allah has caused you to grow from the earth a [progressive] growth.” This verse is believed to mean that organisms grew from the earth (originated from Earth) progressively or in stages. (Quran 64:3) He designed you then made your design better.  (Quran 40:64) “He formed you then made your forms better.” (Quran 30:27)  “God originates creation; Then reproduces it; and For him it is most easy.” This verse is observed within earth strata where various organisms evolve and then new ones replace them. Quran 24:45: “Allah has created every [living] creature from water. And of them are those that move on their bellies, and of them are those that walk on two legs, and of them are those that walk on four. Allah creates what He wills. Indeed, Allah is over all things competent.” The current biological understanding is that all creatures on earth today evolved from the seas, reptiles coming out first. Quran 29:20 “Say (O Muhammad): Travel in the land and see how He originated creation, then Allah bringeth forth the later creation. Lo! Allah is Able to do all things.” Advices man to travel and research God’s creation and also describes the replacing of creations. And Quran 21:30 “Do the unbelievers not see that the heavens and earth were fused as one unit of creation , before We clove them asunder…” Is particularly addressed to unbelievers and appears as the first mention of the big bang concept. This verse is complemented with the following verse which describes the continuous expansion of the universe: (The Winnowing ways/Scaterers, Quran 51:47) “It is We who have built the universe with (Our creative) power, and, verily, it is We who are steadily expanding it.”

European scientist Charles Darwin credited with being the father of evolutionary thought, was accused of having dubbed and failed to mention al-Jahiz and other Muslim scientists in his works. Writing on this Dr. T.O. Shanavas in his book, “Islamic Theory of Evolution: The Missing Link between Darwin and the Origin of Species,” quoted John William Draper (1812-1883), the first president of American Chemical Society, who was a contemporary of Darwin, and a former president of the prestigious New York University as acknowledging that Muslims described the theory of evolution in their schools centuries before the West did:

“I have to deplore the systematic manner in which the literature of Europe has contrived to put out of sight our scientific obligations to the Muhammadans. Surely they cannot be much longer hidden. Injustice founded on religious rancor and national conceit cannot be perpetuated forever.”(Draper, John William. The Intellectual Development of Europe, p. 42.)

In my view, the fundamental difference between atheist views of evolution and theist views is the concept of control and determination. Atheist scientists give the overseer role to a character called “nature,” or more divinized “Mother nature,” with the “mother” supposedly preferentially used over “father” to ensure people do not recognize the role-similarity with what they know as God. “Nature selected,” “Natural disaster.” These are terms used to describe randomness of the events yet provide a reference for an intelligent being that the human mind needs to understand is in control. In contrast, the theist says, “God did this” and “God controlled that.”

For instance, on the subject of chromosomes and determination of traits, science says that random events lead to the selection of the chromosomes that are passed on in the fertilized egg, while a religious account, again un-extolled, that predates Gregor Mendel by 1400 years describes chromosomes, Quran 76:2 “We created man from a drop containing strains {nutfatin amshajin= genes} to test him,” but says the chromosomes each ask God for the opportunity to be the ones that bring about the trait in the offspring: Hadith: “…The wife of a man from the Ansar bore him a black child. He took her by the hand and went to see the Messenger of Allah. She said: “I swear by the One that sent you with the truth! He married me a virgin and I never seated anyone in his place since!” The Prophet said: “You speak the truth. You have ninety-nine strains and so does he. On the time of conception all those strains shudder and there is none but it asks Allah Most High to determine resemblance through it.”

A majority of theists also believe that at any point in the evolutionary cycle, God can replace and/or create and insert a being, as was done with Adam. Modern science has revised its homo sapiens trees severally, discarding many hominids as non ancestor “bad ends of creation” and is yet to figure out a consistent evolutionary chain for modern man. This difference is clearly a great point of philosophical, theological and scientific discussion.

al-Jahiz Must be Eulogized

As the pioneer of modern biology, there is no question that al-Jahiz’s role and contributions to the science must at last be applauded and his name should be put in biology text books across the world and certainly in Black and Arab nations. 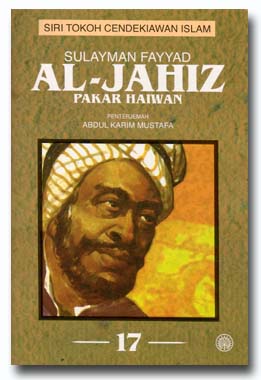 Science must not condone racism or religious bias or suppression. Believers in God and/or disbelievers must not conspire to usurp or suppress the works of others for political and theological reasons. While Darwin’s theories of evolution were rather racist with his erroneous multi-origin theory of the origin of man; blacks supposedly evolving separate from whites fueled racism which was associated with the locking up of Ota Benga, an African pygmy debased as a man in the “early stages of evolution” in the New York Bronx zoo in the early twentieth century, the purpose of the “plagiarized” Black African al-Jahiz’s God-inspired work was the very opposite. One can imagine how many lives would have been spared if the true Black and Muslim(believer in One God) source of this ground-breaking scientific understanding had been publicized as was due.

It is our duty to set the records straight.