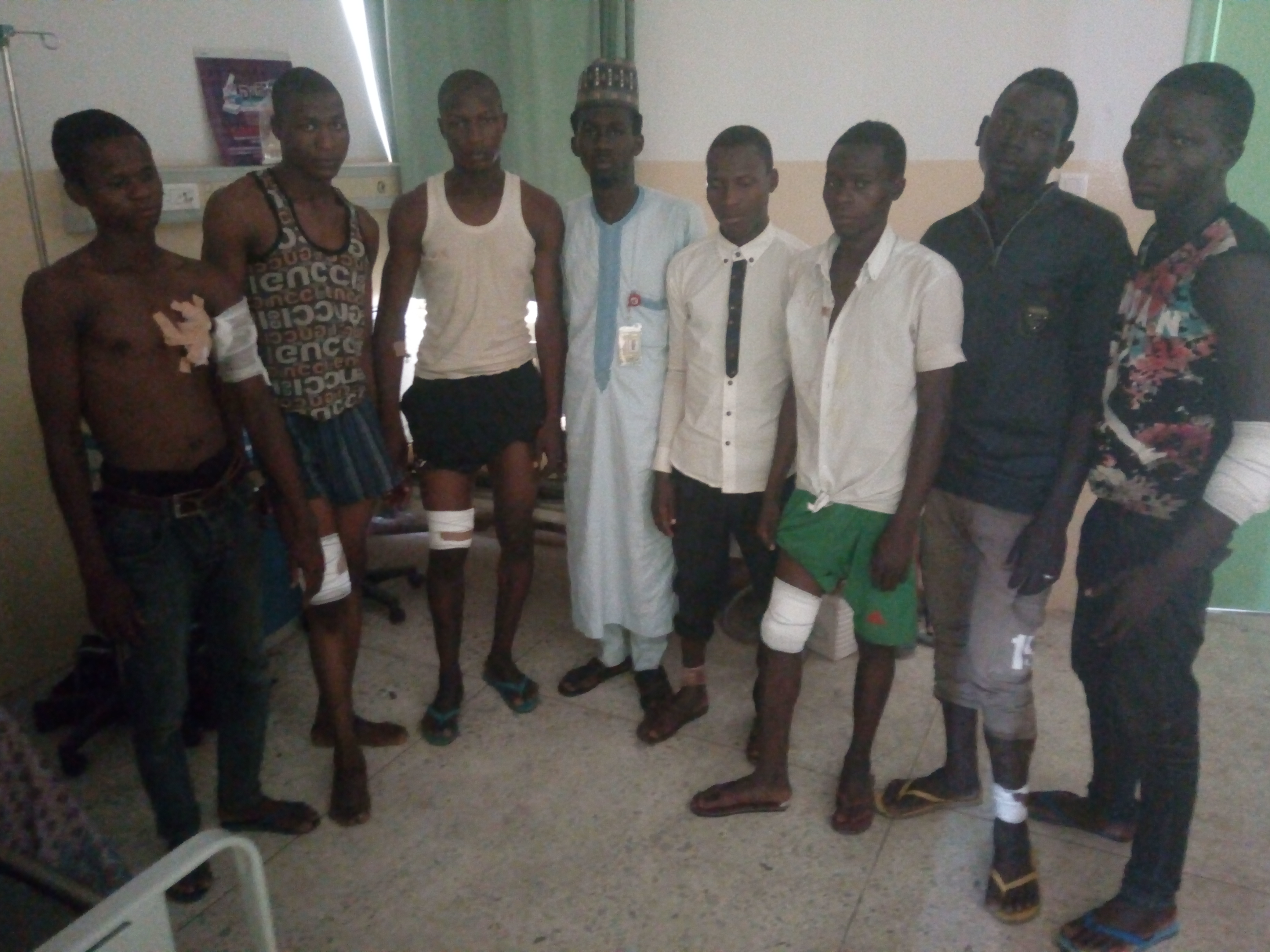 The attention of the National Association of Nigerian Students (NANS) has been drawn to an incident that occurred during the Students Union Government election of the Bauchi State College of Education, Kangere on 24th May, 2017.

The Vice President, National Affairs of NANS was invited by the outgoing Caretaker Committee, Students Union Government in conjunction with the Management of the Bauchi State College of Education, Kangere to supervise the election, in order to ensure a free, fair, credible and peaceful election. The Vice President of NANS alongside the members of his team were at the college from the beginning to the end of the scene, this press conference directly signifies facts and figures of what transpire throughout the day.

Upon arrival to the college admin block, the NANS National Headquarters realize that there was no single paramilitary body apart from the college security, but the Nigerian Army were on ground when ballot boxes were dispatched to the respective election poling units.

Upon meeting the Management of the College, led by Mr. Mugana Yelmis Disu, Deputy Provost of the College at his office who was on acting capacity because the provost was in Abuja for an official function, he informed us that the election will be postponed due to security reasons, the OC SIB of the Nigerian Police Headquarters of Bauchi State Command gave the security alert.

The OC SIB and the NANS National delegation asked Mr. Mugana Yelmis Disu, Deputy Provost on what step/procedure will they follow to inform/announce to the students that the election was postponed, the Deputy Provost responded that they are their students, that is the decision of the management and they know how to talk to their students.

As the deliberation continued, the Dean of Students Mr. Danlami Zumunta came in to inform the management of the college that election had already started, then the Deputy Provost informed the Dean of Students also that the election has been postponed. The Deputy Provost then asked the Nigerian Army (Soldiers) and some staff of the College to go to the election venue and take the ballot box/ballot paper without an official notice informing the students about the decision of the Management on the postponement of the Students Union Government election.

The Dean of Students, Mr. Danlami Zumunta then left the school premises immediately, the soldiers went ahead to take the election sensitive materials to the Admin block, while the students mobilize themselves down to shutdown the school gate, some closed the main road in other to get public attention to come to their aid.

The OC SIB and a police patrol van manage to leave the school immediately, while the Deputy Provost ran out of the school using a commercial car. It was only the Acting Registrar of the College that was left in the school.

The students then started throwing stones to the soldiers for taken the sensitive election materials while election was going on successfully, while some students used firewood to close the gate.

The soldiers then started shooting guns into the air, they shot the gun 5 times, after some minutes, an amour tank came into the school with more soldiers and started shooting innocent Nigerian Students. The following were the affected students which were shot with gun by the Nigerian Army.

When the students saw that their colleagues have been shot, they ran to hide in other to protect their lives. The soldiers arrested 32 innocent Nigerian Students trying to have access into the school when the college was closed indefinitely and hand them over to the Police.

While the NANS Headquarters led by Comrade Shettima Umar, the Vice President, National Affairs is making his facts findings, as a representative of NANS present throughout the incident, on 25th May, 2017, the Bauchi State Police Public Relation Officer of Nigerian Police Force, SP Mohammed Haruna publish a press release on behalf of the Bauchi State Commissioner of Police while investigation was still going on by the Assistant Commissioner of Police in charge of CID, in the said Press Statement, the PPRO accused the innocent Nigerian Students for Criminal Conspiracy/Public Disturbance and publishing other fake statements against the students of Bauchi State College of Education, Kangere because neither the PPRO or any Police officer was on ground to ascertain the true picture of the incident, the PPRO refused to inform the world that the students were shot by the Nigerian Army but only claimed that the students got injured during the scene.

On 26th May 2017, Major Joseph Adekunle Afolasade, Assistant Director Army Public Relation also stated that the attention of soldiers located about 300 meters away from the Bauchi State College of Education, Kangere was drawn to a public disturbance and protest which turned violent, He went further to deny that soldiers did not brutalize students of the institution, he also stated that it was complete distortion of facts, and also claimed that the soldiers had to peacefully disperse the hoodlums without firing a shot, he also stated that no student was injured during the dispersal, while the Nigerian Defense Headquarters through it official twitter page @HQNigerianArmy also stated that the wounded students were injured in the school premises during election process before their soldiers arrived, as one of the supervisors of the election, we met the soldiers inside the college before the commencement of the election, we were also inside the college when more soldiers were deployed to the school aftermath but we were surprise to see a statement from the Assistant Director Army Public Relation and the @HQNigerianArmy denying their action after shooting innocent Nigerian Students inside the college during Students Union Government election.

It is as such, the National Association of Nigerian Students (NANS) presents the following demands:

1. We are calling the attention of His Excellency, Professor Yemi Osinbajo, Acting President of the Federal Republic of Nigeria, His Excellency, Mohammed Abdullahi Abubakar Esq, Executive Governor of Bauchi State, Lt. General Yusuf Tukur Buratai, Chief of Army, Ibrahim K. Idris, Inspector General of Police to set an Independent committee to investigate the shooting of innocent Nigerian students by Nigerian Army and prosecute anyone found guilty.

2. The Bauchi State Police Relation Officer, SP Mohammed Haruna who spoke on behalf of the Bauchi State Commissioner of Police should within 48 hours upon the receipt of this press release apologies to Nigerian students for accusing them for Criminal Conspiracy/Public Disturbance and hiding the fact that the students were shot not injured as he outrageously stated in his press release even while investigation is still going on.

3. The Nigerian Army should compensate the affected students for shooting them while undergoing their constitutional obligation as Nigerian students, and also withdraw their statement as earlier stated within 48 hours upon the receipt of this press release.

4. We are also calling the attention of the Management of Bauchi State College of Education, Kangere to resume back to its normal academic activities within two (2) weeks upon the receipt of this press release.

Finally, we commend the effort of the Bauchi State Police Headquarters for releasing the arrested 32 students, and also commend the Assistant Commissioner of Police in charge of CID for standing upright to ensure that the incident is thoroughly investigated.

As we await the outcome of the Committee set by the Nigerian Police Force and other security agencies, we want to urge the Nigerian students to remain calm and be law abiding. We have 3 C’s in Aluta, Consultation, Consolidation and Confrontation, we are done with the first 2 C’s, if our demands are not implemented within the stipulated period above, Nigerian students will implement and adopt the last C, which is Confrontation.<