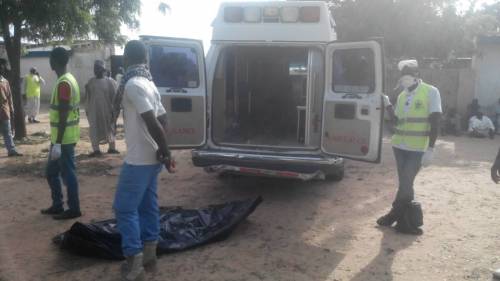 At least 16 people have been killed and 20 others injured when suicide bombers attacked villages on the outskirts of Maiduguri last night, eyewitnesses said.

According to accounts, four suicide bombers stormed Polo and Molai general areas in Jere local government area of Borno State killing 12 civilians and wounding about 20 others around  10 pm.

“All the people we lost here are Civilian JTF members who volunteer to protect us, they were attacked by two female bombers.” a resident Ali Kauna told Saharareporters.

“This won’t deter us to continue to protect our people, we lost 12 members in all their satanic attacked and 22 people are seriously wounded including 12 of our members,” Bukar said.

The Borno Police Command is yet to confirm the causality figure but DSP Victor Isuku said that the CP will address newsmen at the scene of the attacks later today.