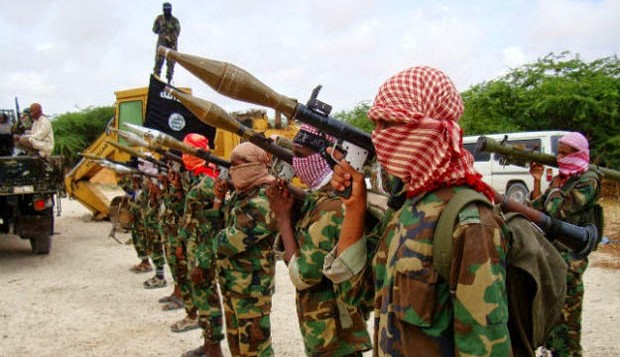 Boko Haram terrorists has in the past three days, laid siege to Gamboru town, forcefully conscripting youths to fight both the Nigerian and Cameroonian troops. They were said to have killed those who resisted them.

The terrorists operating on several motorcycles stormed Gamboru and moved from house to house, searching for youths who refused to flee after last Monday’s attack that claimed 25 lives.

Gamboru is a border town, and 138 kilometres North East of Maiduguri, the state capital.

A resident who preferred to be anonymous, who hid in a ceiling for three days, said the terrorists had been forcing the residents to join the Islamist sect’s fight, while those who refused to join were shot dead or had their throats slit in the presence of members of their families.

According to him: “Our people have no option other than to submit to God’s destiny and mercies. Since last Monday’s attacks, we had been hiding in ceilings of buildings and underground water reservoirs without food and water. But the insurgents were adamant and ruthless threatening us to either be conscripted and fight against the troops in Gamboru or be killed”, said the resident in a telephone interview yesterday.

On how residents were forcefully conscripted, he said: “Since last Monday’s attacks, these sect boys have been going from house to house in search of residents in hiding. Once they caught one resident, they would hand N5,000 cash and an AK 47 rifle and ask him to join them to fight the soldiers in Gamboru or risk his life”

He said: “Residents, who refused to join the insurgents, were summarily executed using gun or knives and swords”.  He added that with the massive killings and threats, several youths had joined the insurgents in the last five days, after they captured the border town with Cameroon on Monday, August 25, 2014.

After the three-day attack, 29 persons were killed, while 215 of the youths, who fled to Cameroon to escape the forceful conscription, have recounted their ordeals in the hands of the insurgents.

Over 200 Gambouru youths are said to have fled to the Cameroonian border town of Fotokol and three other villages yesterday morning.

The youths, according to one of them who remained anonymous, fled because they did not want to be conscripted by the Boko Haram sect to fight both the Nigerian and Cameroonian troops in the border areas and in Gambouru town.

“I had no alternative, other than to join my colleagues by dawn yesterday to flee for our safety. These gunmen had been telling us to join them to fight our soldiers here and at the borders with Cameroon and Chad; after promising us some money and rifles ‘to do the work of God’. But some of us decided to take our fate in our hands by fleeing to Cameroon. By noon yesterday (Sunday), about 215 of us converged on Fotokol with broken limbs and bruises, while fleeing to cross the River and bushes with desert tracks. Once they sighted you fleeing, they shoot you, as we have refused to join them,” lamented the youth.

He said the targets of the insurgents were to “forcefully conscript” youths between the ages of 18 and 25 who are conversant with Gamboru and its border areas with Cameroon.

“They were asking all of us here in Cameroon to join them; and fight the soldiers, but we collectively decided not to, because these gunmen can never be trusted. It has happened not only in Gambouru, but most of the Borno towns and villages were attacked with the displacement of many residents and villagers,” said the youth in telephone interview from Fotokol.

He said as they reached the border town of Fotokol, the Nigerian Air Force (NAF) fighter jet hovered over Gamboru town three times, but due to the mixture of innocent civilians and the terrorists in the town, and to avoid killing of innocent people, the fighter jet had to bombard an outskirt with plumes of smoke into the sky for ten minutes.

“We had feared that the town was bombarded, by the military to reclaim our town, but one of my parents called me on phone that they were safe; and there was no bombing from the fighter jet that flew in Sunday (yesterday) morning,” said the youth.

A military source, who spoke on reports that the terrorists raided communities around Gamboru, conscripting youths into their sect, said that it had been their strategy.  He, however, noted that strategies that cannot be disclosed were being worked out to handle the situation.