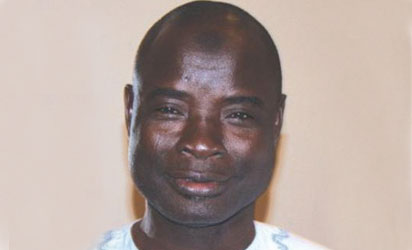 There were strong indications yesterday that the presidency is weighing options on the alleged report of the Department of State Security Service (DSS) on the Acting Chairman of the Economic and Financial Crimes Commission, Mr. Ibrahim Magu.

As part of the resolution of the issues at stake, Vice President Yemi Osinbajo met with Magu and other stakeholders at the weekend.

It was learnt that attempts were made by some forces to prevail on the presidency to ask the Attorney-General of the Federation, Abubakar Malami (SAN), to query Magu on the allegations raised by the DSS.

Other stakeholders, however, opposed the suggestion because it would have amounted to pronouncing Magu guilty as charged.

The larger stakeholders wanted the government to seek a second opinion through independent source on the allegations in the DSS report.

Based on the advice of most stakeholders, Magu was asked to continue to perform his duties as the Acting EFCC chairman until President Muhammadu Buhari decides on whether or not to re-nominate and recommend him to the Senate for a fresh confirmation process.

But in the midst of the suspense, it was gathered that some forces are also pushing for the engagement of Zakari Biu, a retired Commissioner of Police, as a possible replacement for Magu.

For the plum job, Biu is now listed alongside the Comptroller-General of the Nigeria Customs Service, Col. Hamid Ali (rtd), a former Chairman of EFCC, Mallam Nuhu Ribadu, and a retired Assistant Inspector-General of Police, Amodu Ali who investigated the $180million Halliburton bribery scandal.

Investigation by our correspondent revealed that the Vice President met with Magu and other stakeholders on the DSS report and the aftermath of the resolution of the Senate to reject his nomination.

It was learnt that a lot of issues came up at the session for and against the EFCC chairman.

But new facts were made available to the presidency at the session.

One of the new issues borders on the fact that Magu had never flown in any private jet with the Managing Director of a bank to Maiduguri.

Also, there was no time the Acting EFCC chairman benefitted in any form from the alleged N43million spent to furnish his official apartment.

The furnishing was solely effected by the Federal Capital Territory Administration as reported by The Nation on Friday.

A reliable source, who spoke in confidence said: “At the end of the day, some forces wanted Magu to be queried by the Attorney-General of the Federation.

“Other stakeholders disagreed because such a query will lead to a conclusion that the DSS report was water-tight. The affected stakeholders, who suspected that some people were desperate to ease out Magu to rubbish Buhari’s anti-corruption war, sought for a second independent opinion.

“At the end of the day, it was resolved that Magu should continue to carry out his functions as the Acting EFCC chairman till the Presidency might have weighed all options”.

Findings confirmed the options as follows:

*Are the allegations against Magu fool-proof? Did he, in all sincerity, commit any infractions against his oath of office?

* Should the President re-nominate him to the Senate as allowed by the 1999 Constitution?

*Is there any need to effect a change in the leadership of the EFCC? Why should Magu, a hardworking officer, be disgraced out of office?

*Will Magu’s exit not whittle down or slow down the anti-corruption agenda of Buhari administration?

* What are the implications of sacking Magu on the international profile of Buhari?

*Is there no basis for the government to be circumspect that some corrupt forces are acting as fifth columnists to derail Buhari administration?

* Should the government seek a second opinion on the DSS report from another security agency?

* Assuming that the allegations are true, should the presidency gloss over it because it affects the Acting EFCC chairman?

Another source added: “There is no single evidence of fraud against Magu. It is unfortunate that he has to pay a price for a rented apartment he had no hand in.

“They are raising a 2008 incident after which the Police Service Commission (PSC) has promoted Magu twice.”

As at press time, those opposed to the retention of Magu have increased their shopping list by closing in on Biu, a retired Commissioner of Police.

Biu is now listed alongside the Comptroller-General of the Nigeria Customs Service, Col. Hamid Ali (rtd), a former Chairman of EFCC, Mallam Nuhu Ribadu, and a retired Assistant Inspector-General of Police, Amodu Ali who investigated the $180million Halliburton bribery scandal.

A third source said: “Some forces are pushing for Biu so that Borno State will not feel short changed that it has lost a plum job.