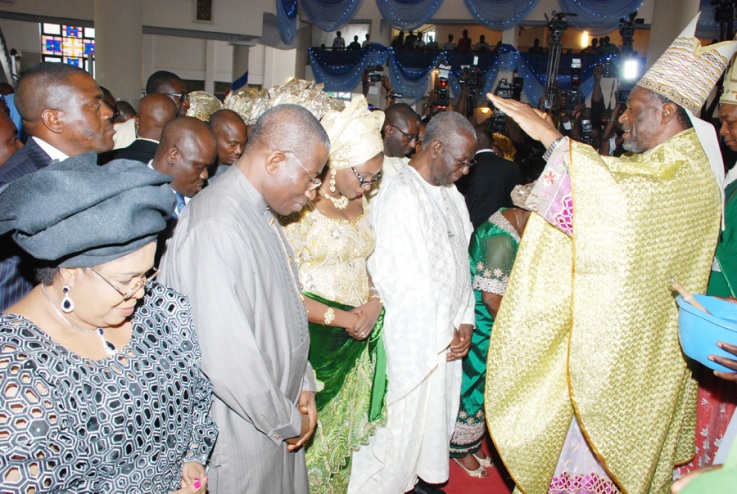 The Catholic Bishop of Kafanchan Diocese, Bishop Joseph Bagobiri has declared that it is biblical for Christians to defend themselves against the endless attacks of the Boko Haram sect on them, using what he termed: “moderate and proportionate force”

Bagobiri, a former Chairman, Christian Association of Nigeria, CAN, Kaduna State Chapter, described the act of silence by Christians over the continuous attacks on them by the insurgents as, “gross act of irresponsibility”

He also lambasted some generals from Southern Kaduna, where he alleged Fulani gunmen have killed several hundreds of persons since 2011.

His words, “The Catechism of the Catholic Church describes it as an act of love towards one self and carried out in defense of God’s gift to life, which we are merely custodians. The theological authorities of the Church are emphatic: Love towards oneself remains a fundamental principle of morality.

“Therefore, it is legitimate to insist on respect for one’s own right to life. Someone who defends his life is not guilty of murder even if he is forced to deal his aggressor a lethal blow. Nor is it necessary for salvation that a man omit the act of moderate self-defense to avoid killing the other man, since one is bound to take more care of one’s own life than of another’s.

“The Magisterium is further explicit on this subject matter when it teaches that ‘legitimate Defence can not only be a right but grave duty for one who is responsible for the lives of others. The Defence of the common good require than an unjust aggressor be rendered unable to cause harm.

“It must be stated clearly here that in light of the above official church statement, that the exercise of self Defence does amount to un-forgiveness, nor is it to be seen as an act of vengeance or vendetta.

“Christians must do everything within their powers to protect their lives from being snuffed off by Satanist driven Islamic organisations. Christian communities that observe absolute pacifism have all ceased to exist, according to researchers into Christian persecution”.