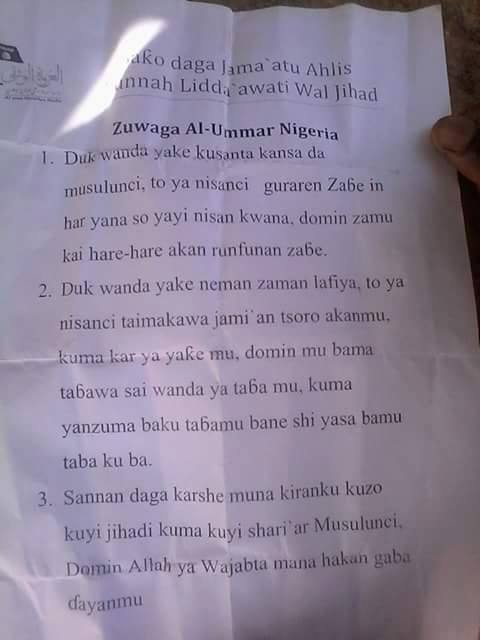 As Boko Haram attacks Gombe town, capital of Gombe state, the terrorists distributed suspicious flyers advising the people of Gombe to stay away from the polls during the general elections supposed to be coming up next month.

By attacking Gombe town the terrorists have moved further south and west than their usual domain centered in the three northeastern states of Yobe, Adamawa and Borno. They have attacked parts of Gombe state in the past.

People are suspicious of the letters and some have accused the ruling Peoples Democratic Party, PDP of being behind this terror campaign and attempt to intimidate votes in the opposition strong holds. 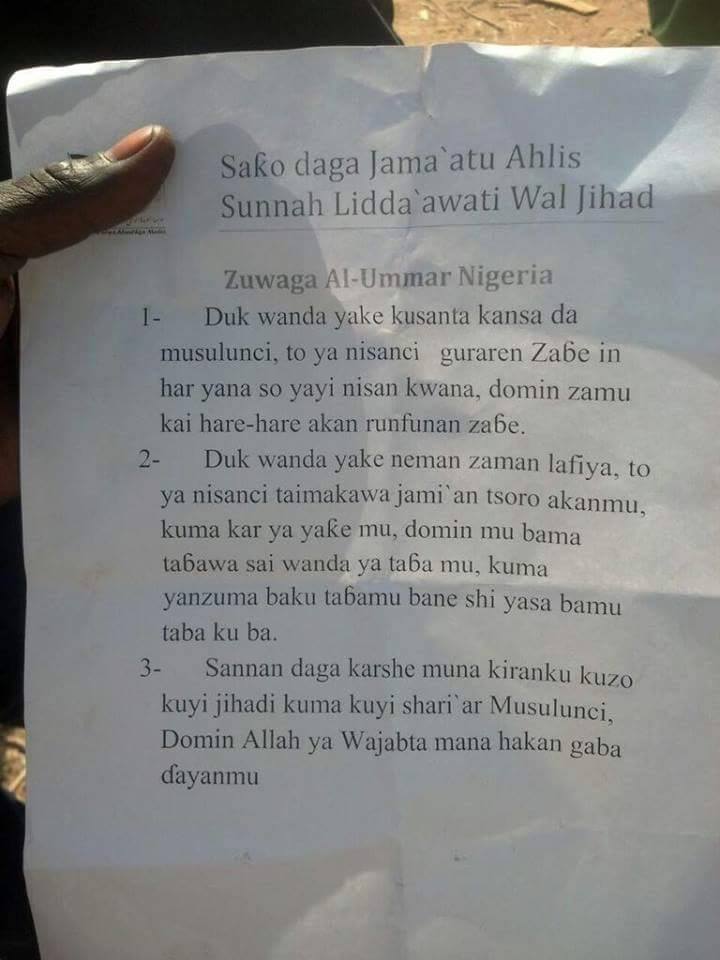 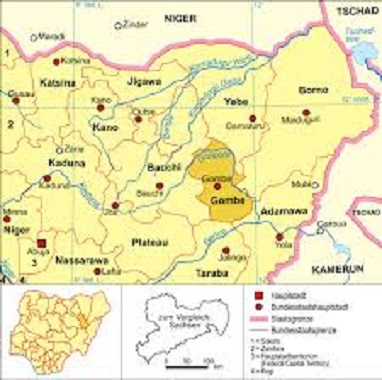