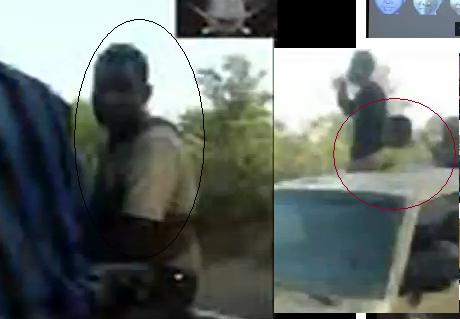 The revelation came in the wake of Wednesday’s killing of four people in Yasku village, close to Alagarno, a notorious breeding ground of Boko Haram fighters, located south of Jakana in Kaga local government area of Borno State.

It is not yet clear if the four people were killed because they refused to join the terrorists group or for other reasons, but our correspondent learnt that they were killed around 2pm on Wednesday.

A local from the area said, “Sometime ago, the insurgents had taken some of our children by force and left. This time, they came and there was no provocation in whatever form. The gunmen simply went to Yasku and shot dead the four harmless people. They also warned the locals not to bury the corpses. As I am talking to you now (yesterday) the bodies are still there,” he said.

It was gathered that earlier on Sunday, locals in Jakana discovered an improvised explosive device buried underground in the outskirt of the village and quickly alerted military operatives in the area.

It was gathered that police special bomb squad were later deployed to the area and succeeded in neutralizing the explosive.

“It was an explosive that can only be detonated by vehicle running over it,” a security source in Maiduguri said. “It was meant to kill security operatives on routine patrol because there was a similar one some weeks ago that killed innocent villagers,” the source said.

Locals in Auno, Jakana, Mainok, Benisheik and other villages said in the last three weeks, the Boko Haram insurgents have stepped up violent campaign and forceful recruitment of young men.

“I think they (Boko Haram) are desperately looking for members and their attitude is affecting the psychology of people,” one of the community leaders in Jakana, who does not want his name mentioned said.

He said many youth have been indoctrinated by the Boko Haram. “They have a way of changing the thinking and disposition of anyone they caught. On many occasions, our children that were forcefully recruited have turned their backs against us and took part in attacking our villages,” he said.

Though he did not give the actual number of youth picked by the insurgents, he said the process is continuing.

A cleric in Mainok also said many of their children had been taken away.

“A disturbing trend is the forceful recruitment of men under the age of 40. The insurgents warned children here to seek knowledge from Quran only and not to read any other book. They also warned them not to go to farm. This is happening in all villages around and is really a disturbing trend because poverty and deprevation are increasing,” he said.

“The terrorists are loosing ground seriously in terms of manpower, that is why they are picking youth by force. They did similar thing around Marte, Mallam Fatori and other locations in northern Borno,” he said.

According to him, ” the campaign will not last long because we are tracking them. Our only constraint is that some villagers are not forthcoming with information on the whereabout of the terrorists who normally take cover in the midst of civilians in harmlets.