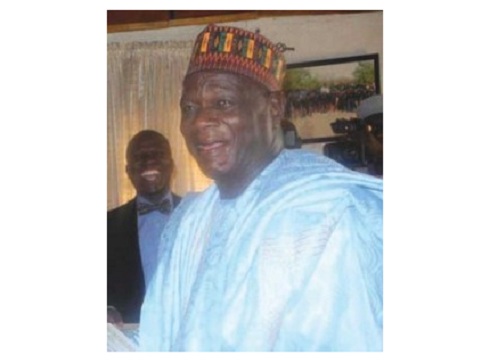 Rampaging gunmen within 30 minutes on Monday night killed a state Attorney-General and commissioner for Justice,  a former Comptroller General of the Nigerian Prison Service and  a local government chairman in three separate attacks.

In Borno state Barrister Zanna Malam Gana, the Attorney General and commissioner of Justice was killed at about 8.30 pm in Bama.

Alhaji Ibrahim Jarma 65, a former prison boss was shot severally at about 8.33 pm as he was walking home after the late evening prayers in Azare, Bauchi state.

He died of his wounds in the morning at the Abubakar Tafawa Balewa University Teaching Hospital Bauchi (ATBUTH) while receiving treatment.

Some residents of Kochifa ward in Mubi town, where the incident took place, said the deceased was shot around 8 p.m. on Monday in his resident.

Thousands of people including Governor Kashim Shettima, key government functionaries and sympathizers could not hold back their tears yesterday during the funeral rites of the Attorney-General who was about 60 years of age.

The governor, who was in Abuja for an official engagement, had to return to Maiduguri yesterday and preceded to Bama, where he attended the funeral prayers of the deceased which took place at the palace of the Emir of Bama presided over by the Imam Idain of Borno.

Witnesses said the gunmen waylaid Gana around 7pm and shot him at close range. “He was shot severally on the head, chest and abdomen. The assailants ensured that he was dead before they fired gunshots in the air and disappeared,” Muhammadu Sani, a resident of Bama said.

He said there was pandemonium in Bama town as people scampered for safety while traders hurriedly closed their shops and went home.

Those who had close contact with the slain commissioner described his dead as “colossal and regrettable,” and prayed Allah to grant his soul eternal rest.

Commissioner for Home Affairs, Information and Culture, Inuwa Bwala confirmed the killing in a text message sent to newsmen in Maiduguri yesterday.

“Reports filtering in indicate that our commissioner for Justice, Zanna Mallam Gana has been killed in Bama,” Bwala said.

Zanna Malam Gana was appointed Commissioner for Justice in 2007 by former Governor Ali Modu Sheriff and was retained by the incumbent governor.

He had also served as the chairman of government task force for the construction of 1000-housing units constructed by Sheriff’s administration. He left behind his wife and children.

Jarma was shot by unknown gunmen after he came out from the mosque. The gunmen also killed one of his security guard a prison warder and injured one when they opened fire to the security guards in Azare.

He said Late Jarma was transferred to ATBUTH from Federal medical center Azare and he died while receiving treatment Tuesday afternoon.

A close friend of the deceased, former deputy Governor of Bauchi State, Alhaji Garba Muhammad Gadi said the family will take his dead body from Bauchi to Azare for burial in the evening and described late Jarma as honest, humble, simple person who accommodate and assist all without differences.

A family source told Daily Trust that the warder killed yesterday in his house was buried on Tuesday morning in Azare.

Jarma joined Politics in 2003 when he contested Bauchi gubernatorial seat under the umbrella of All Nigeria Peoples Party ANPP against former Bauchi State Governor Ahmed Mu’azu and lost.

In Adamawa some residents of Kochifa ward in Mubi town, where the acting council boss was killed said the deceased was shot around 8 p.m. on Monday in his resident.

“It is a very sad incident, we buried him this afternoon, said one of his neighbours, who preferred anonymity.

“All I can tell you for now is that the incident took place on Monday night,” he said. Link: http://dailytrust.com.ng/index.php/other-sections/lead-stories/177158-gunmen-kill-borno-attorney-general-ex-prison-boss–