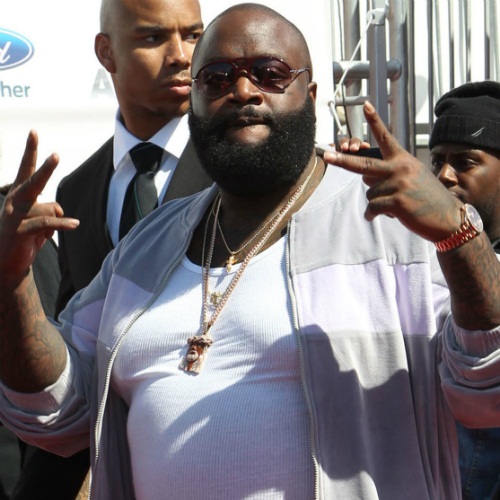 Taletela- The God Forgives, I Don’t star has been accused by fans on twitter for portraying Nigeria in a bad light after releasing the video shot in the Nigerian slums online yesterday.

“Rick Ross is just trying to paint a negative picture about Nigeria. We’re not monkeys over here,” wrote an angry fan on the social network.

While another wrote, “Damn!!! I also don’t like this Rick Ross video shot in Nigeria. Just too negative.”

A few fans came to the ‘Big Meech’ stars defence.

One wrote, “Why do Africans always complain when foreigners depict our countries? Rick Ross shoots a video in Nigeria and everyone’s up in arms.”

While another fan added “The Rick Ross ‘Hold Me Back’ video portrays the true picture of Nigeria. So far there has been lame comments on it.”

The video, which was originally shot in New Orleans the first time, shows the rapper dressed in his big chains and expensive watch visiting the Lagos slums mobbed by crowds while he raps.

‘Hold Me Back’ features news footage of events happening in the country alongside women filmed washing clothes and goats and wandering the streets of the Nigerian slums.

Taken from the stars July released God Forgives, I Don’t, ‘Hold Me Back’ is the most recent video released from the rapper.

Have a look at the video below to see if you understand Rick Ross’s message.