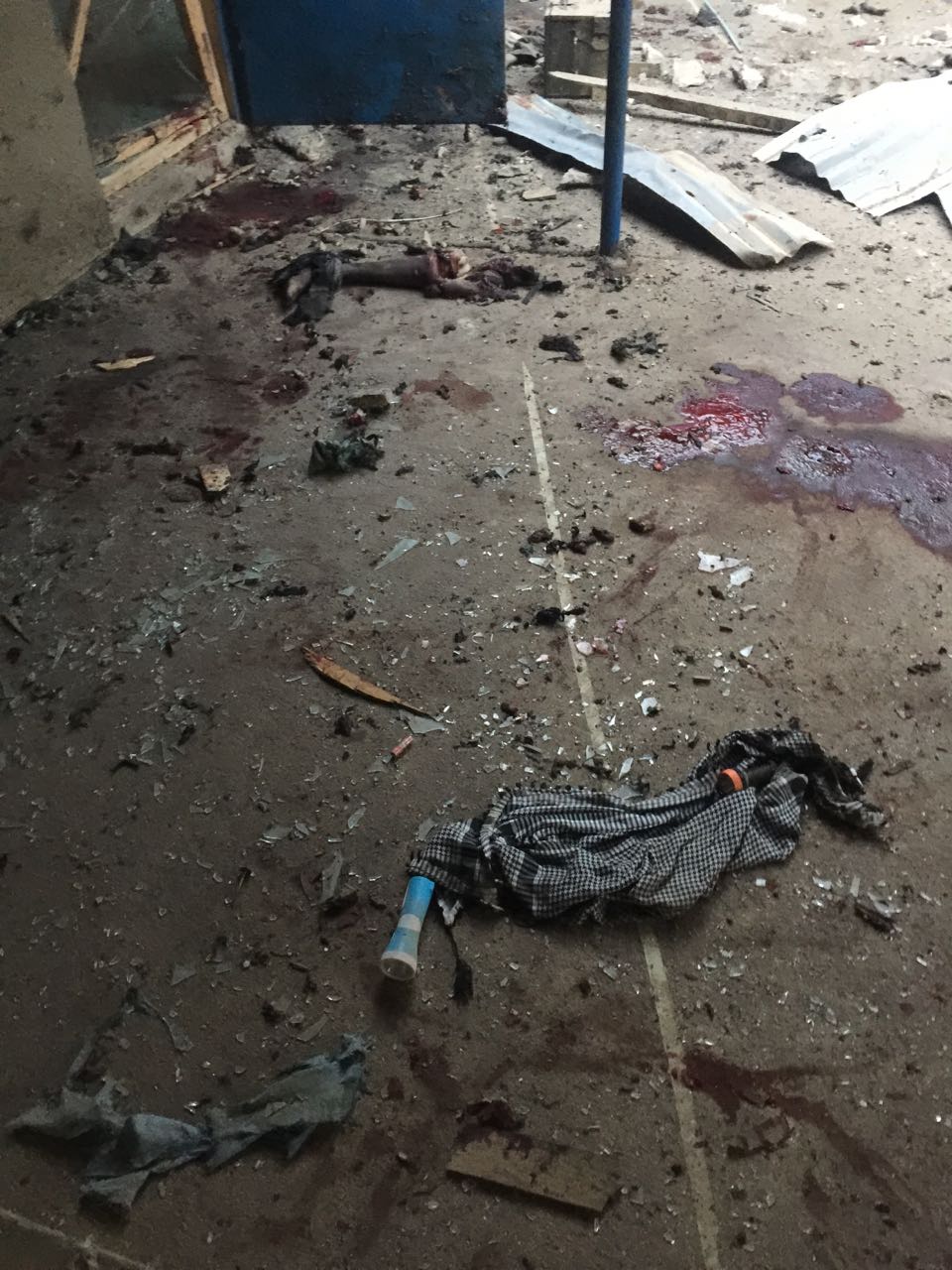 MAIDUGURI—It was a sad day at the University of Maiduguri, Borno State, as it lost one of its lecturers, a professor of Veterinary Medicine, Professor Aliyu Mani and six others in three separate suicide bomb attacks, which rocked the university community, including the mosque on campus, yesterday.

Meanwhile, President Muhammadu Buhari has condemned the terrorist attack, which happened at the wee hours of yesterday.

In a statement by his spokesman, Mr. Femi Adesina, the President expressed sympathy and heartfelt condolences to the university community, families of the victims and the government and people of Borno State.

In a statement in Abuja by his Special Adviser on Media & Publicity, Yusuph Olaniyonu, Saraki, who decried the loss of valuable human lives and destruction of property during the incident, called for strict security measures to curb the trend.

Reacting to the dead colleague in the attack, President of Academic Staff Union of Universities, ASUU, Professor Abiodun Ogunyemi, yesterday, expressed shock over the bomb blast at University. He said that with time, ASUU will release a comprehensive statement.

He said: “We just ended our National Executive Meeting today (yesterday) when the news came and it was shocking to us.”

Vanguard gathered that three suicide bombers sneaked into the university and detonated Improvised Explosive Devices, IEDs, at three different locations, at a mosque near Gates 4 and 5 of the institution, killing Professor Mani, six others including the suicide bombers.

The attacks also left 15 people injured. However, sources at the University of Maiduguri Teaching Hospital, said, two out of the 15 injured ones died, while receiving treatment as a result of the severity of the injuries they sustained in the blasts.

The attacks came when students were writing their end of first semester examinations. The attacks forced university authorities to suspend all academic activities, even as all examinations slated for yesterday were put ‘on hold’ pending when the security situation improves.

Sources said the incident took place at 5:35 a.m., when Muslim Ummah were performing their morning prayers.

“There were tripple suicide attacks in a mosque situated close to professors quarters, north of the University of Maiduguri this morning (yesterday), scores were killed including a professor, students and staff,” the source said.

A resident of the institution, who simply gave his name as Mallam Umar Ibrahim in an interview said: “The two female suicide bombers entered the university through Gates 4 and 5. The explosives went up and hit two mosques at 5.15a.m., and 5.35a.m., simultaneously on Monday (yesterday). Also, a female suicide bomber has been gunned down by Mobile Policemen at the outskirt of Muna Garrage, while attempting to sneak into the institution.”

Governor Kashim Shettima of the state visited the scenes, where he sympathized with the Vice- Chancellor, Professor Abubakar Njodi, management staff and students and promised to beef up security in and around the institution.

In his response, the Vice Chancellor said the institution had taken immediate action to forestall further attacks, as all ongoing examination slated for Monday (yesterday) had been cancelled and shifted to a later date to be announced, while other pending exams will continue today.

Confirming the incidents, Police Public Relations Officer, Mr Victor Isuku in a statement said: “About 0515hrs of Monday (yesterday), a police mobile personnel on duty near gate 4 at the back of University of Maiduguri, gunned down a female suicide bomber of about 12 years old, who was trying to infiltrate the university premises, the Improvised Explosive Devices, strapped to her body exploded killing her instantly.

“Shortly after that, a second explosion occurred in a mosque inside the university. Four persons, including a professor and the second suicide bomber died, while 15 persons sustained various degrees of injuries and were rushed to UMTH.

“Similarly, about 0800hrs, a third female suicide bomber of about 12 years with IEDs strapped to her body, was intercepted at Bara Karaya village, behind University of Maiduguri, in Muna Garage general area. The suicide bomber was sighted by villagers, who promptly alerted the military. She was gunned down, while EOD personnel of the command secured and rendered safe the unexploded IED vest,” Isuku stated.

President Buhari, condemning the terrorist attack at a mosque in the University of Maiduguri, said he “believes that this appalling attack on a revered place of worship and Ivory Tower shows that the perpetrators have no true understanding of Islam,” adding “that their despicable acts of terrorism are cowardly, criminal, unjustifiable and punishable before God Almighty and the laws of the land.”

The President “reassures communities in Borno and others in the North eastern part of the country that his administration will continue to ensure that terrorism never triumphs over peace-loving Nigerians.”

He reaffirmed the need for “Nigerians to remain more vigilant even as the security agencies continue to use all means at their disposal to combat the remnants of insurgents and their sponsors.”

The President also “wishes those injured in the attack a speedy and full recovery, and comfort for families of the dead.”

ASUU, Professor Ogunyemi, continuing, said: ‘’In the honour of those who died in the bomb blast, we had to call off our press conference, because we have to get more information so as to know how to respond. For now, on behalf of the Union, I am expressing the deep condolences of our union to the families and colleagues of those who lost their lives in the bomb blast.

‘’Apart from the people who died, we also discovered that there were many other persons who sustained different degree of injuries. When we get a comprehensive report from UniMaid, we shall make more comprehensive statement.’’

He was born in Katsina town on April 11, 1957. He attended Kayalwa Primary School, Katsina (1964-1970), then he proceed to Government college Kaduna (1971-1975) from there he went to School of Basic Studies (SBS) ABU, Zaria (1975-1976). After, he got admission into the faculty of Veterinary Medicine ABU, Zaria and graduated with the award of Doctor of Veterinary Medicine DVM in 1981. He did his NYSC with school of Agriculture in Asaba, then Bendel State.

He worked briefly with Niger Basin Development Authority in Ilorin Kwara State, before he proceeded to University of Maiduguri as an Assistant Lecturer, Department of Veterinary Medicine in October, 1982. Later he attended the Centre for Tropical Veterinary studies Edinburgh UK (1984-1985) where he got his Masters and at the same school he later got his PhD. He returned to Maiduguri in 1994. He is also a Fellow of the College of Veterinary Surgeons (2010) and through pair reviewer.

He is one time the Director of Unimaid Veterinary Teaching Hospital (1997-2000).

He held several positions in committees both within and outside the University. He also held a number of positions in the Nigerian Veterinary Medical Association, NVMA

Professor Mani was married with two children. He was one of the peaceful lecturers in his Faculty.

He died in the bomb blast in the Mosque inside University of Maiduguri while observing the dawn (Fajr) prayer, yesterday.