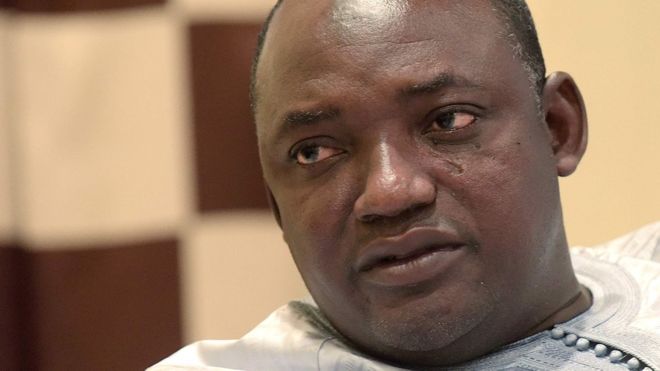 Habibou Barrow, son of Gambia’s president-elect, has died after being bitten by a dog.

According to Freedom Newspaper, a Gambian online publication, the dog attacked the younger Barrow in Manjie-Kunda, near Banjul, capital of the country.

The newspaper quoted a source as confirming the report.

“I can confirm to you that resident-elect Barrow’s son has been killed by a dog at Manjie,” the source was quoted as saying.

“I am just from the death house in Banjul. Hamat Bah and the coalition team are there.

“The boy is eight years old. Barrow’s sister was also at the death house. She said the president’s son passed away.”

The newspaper said the media team of Gambia’s incoming president could not say whether the incident was planned or not.

“Honestly, the media team is not aware. The boy was not staying in Barrow’s house in Brufut,” the team said.

The funeral of the deceased, who was the child of Barrow’s second wife, has already taken place.

The president-elect is currently in Senegal ahead of his planned inauguration.

He won the December election, but Yahya Jammeh, who has ruled the West African nation since 1994, has refused to step down despite pressure from continental leaders.