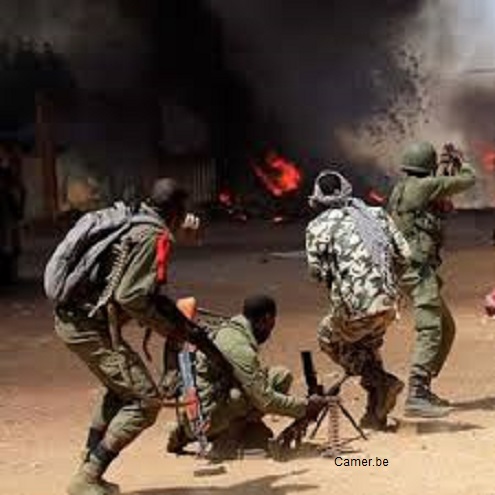 Boko Haram terrorists once again went on their campaigns of madness Wednesday in Cameroon’s border town of Fotokol, massacring over 500 civilians and burning down a Mosque.

Chief Bisong Etahoben, an investigative journalist said “More than 500 bodies counted so far after Boko Haram massacre in Fotokol. And the counting goes on, according to a military source.”

More than 500 bodies counted so far after Boko Haram massacre in Fotokol. And the counting goes on, according to a military source.

The situation is extremely tense and confused in Fotokol . Houses are burned, they slaughtered dozens of people. Boko Haram controls the bridge over the river El Beid (Cameroon side), the main supply route for the Chadian troops. The Cameroonian army is preparing its offensive. Extremely tense situation, very tense. Heavy fighting is going on in the city of Fotokol since 4am between the Cameroonian army and Boko Haram fighters fleeing the surrounding Chadian troops at Gambarou and its surroundings.

Locals said many of the victims had their throats slashed!

The attack came following the combined military action by Chad and Cameroon against the terrorists. The french forces had routed Boko Haram out of Gamboru, on Nigeria’s side of the border few kilometers from Fotokol leading to the terrorists fleeing across the border and embarking on a wild rampage. The joint French soldiers returned to Cameroon to counter the terrorists.