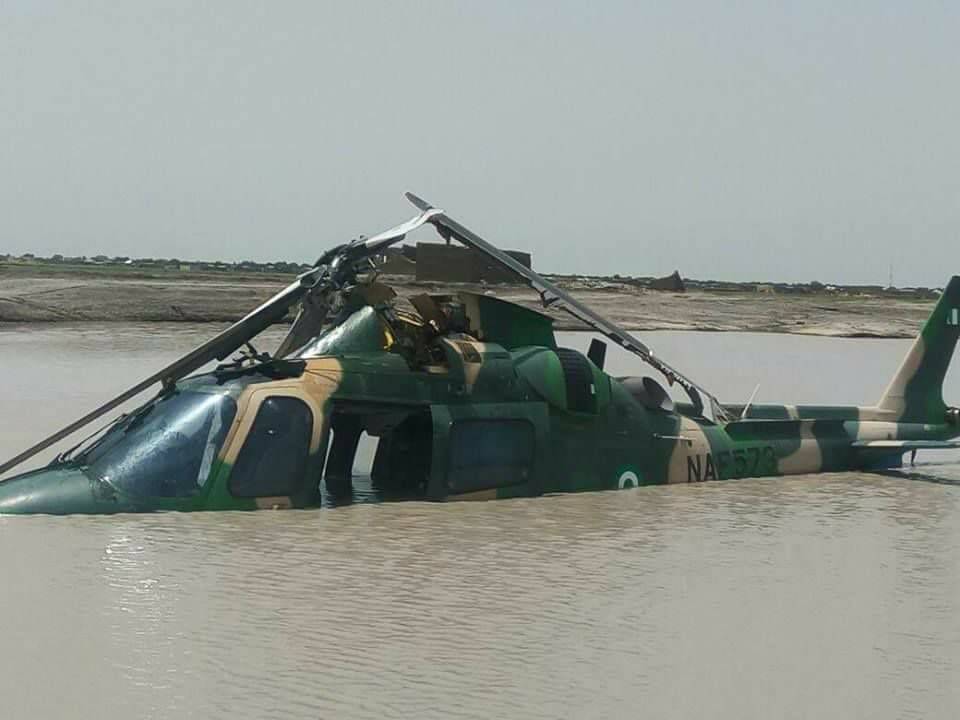 An Airforce helicopter, believed to be on a joint operation in the North East to clear remnants of the Boko Haram insurgents, has on Thursday, July 6, 2017 suffered a mishap.

Confirming the incidence, the Director Public Relations and Information of the Nigeraian Airforce, Air Commodore Olatokunbo Adesanya in a statement noted that, ‘a Nigerian Air Force (NAF) Agusta 109 Light Utility Helicopter has suffered a mishap while undertaking a liaison mission targeted at further enhancing the synergy between the Nigerian Army and the NAF in the ongoing counter insurgency operation in the North East’.

Adesanya, a one star general said the incident was as a result of an airborne technical fault.

The statement added that, ‘the experienced NAF pilots, however, successfully ditched the helicopter into a pool of water to minimize damage and loss of lives’.

‘There were neither any injuries nor loss of lives to anyone on board or on the ground’, Adesanya revealed.

‘Already, the Chief of the Air Staff Air Marshal Sadique Abubakar has directed the constitution of a board of inquiry to determine the exact cause of the incidence while efforts are ongoing to recover the helicopter and members of the board are already in Maiduguri to commence work’, the statement added.