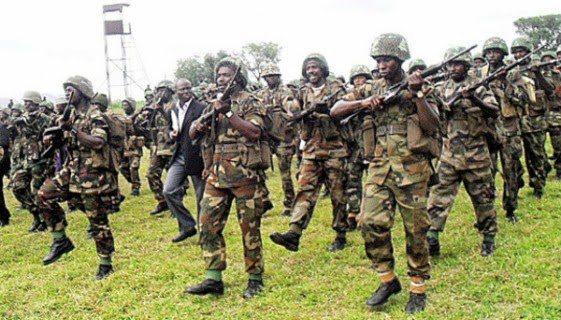 According to a report by Channels TV, the Nigerian army has announced the recruitment of volunteer soldiers that will serve in the search for the missing Chibok girls as well as help in the fight against Boko Haram insurgence. In a press briefing today, the Director of Public Affairs said the recruitment exercise will end on June 21st and is open to only able bodied persons. [LindaIkeji]

Brig. Gen Olajide Laleye, made this known during a press briefing in Abuja on Wednesday. It appears this follows calls by Nigerians and especially ENDS,  which has been pressing the government to allow the arming of thousands of Civilian youth ready to combat Boko Haram terrorists. See here. Will this alternative resolve the issues of the failures of and outbreaks of sabotage within the State security department?