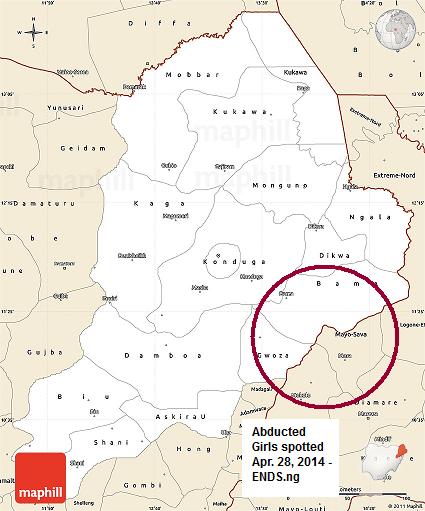 ENDS.ng has received credible intelligence from active citizens in Maiduguri that the 200 missing, abducted girls were seen being hustled around in about seven buses in South Borno, in the Gwoza-Bama axis.

We urgently call on the security agencies to go in pursuit.

We again reiterate and press the Goodluck Joanthan administration to immediately approve the urgent formal request of the thousands of Civilian-JTF members and several thousand ready-volunteer youth around the nation for the permission to bear arms as a civilian patriots army to seek, capture and eradicate Boko Haram terrorists and release all abductees and forced conscripts.