SAN JOSE, Calif., April 21, 2014 /PRNewswire-USNewswire/ — During the morning rush hour on April 14, a car bomb containing an estimated 500-800 pounds of explosives blew up at the Nyanya District bus station on the outskirts of Abuja, Nigeria. Brian Michael Jenkins and Bruce R. Butterworth, terrorism experts from the Mineta Transportation Institute (MTI), explained its significance for the rest of the world and put the facts into a larger perspective.

“The bomb obliterated four large buses filled with passengers and many smaller buses,” said Mr. Jenkins, director of MTI’s National Transportation Safety and Security Center and a terrorism expert. “The latest casualty figures as of April 15 put the death toll at 75, with 141 wounded, but the number of fatalities is expected to rise. That makes this the deadliest bomb attack on Nigeria’s capital and the first terrorist bombing in Abuja since December 2011, when a bomb was detonated at a Catholic church, killing 41 people.”

In August 2011, another vehicle-borne improvised explosive device (VBIED) was detonated at the United Nations headquarters in the city. That bomb left 23 dead.

Officials blame the Islamist group Boko Haram
Mr. Jenkins said that, although no group has yet claimed responsibility for the latest attack, authorities blamed it on Boko Haram, an Islamist group that seeks to establish an independent Muslim state in the North of Nigeria. The official name of the group is the Congregation of the People of Tradition for Proselytism and Jihad, but it is generally referred to as Boko Haram, he said, which in the Hausa language translates roughly as “Western Education Is a Sin.” Boko Haram was founded in 2002 but began its terrorist campaign in 2009.

The political upheavals across North Africa, in particular, Libya’s civil war, destabilized the entire region and exacerbated local conflicts. Boko Haram escalated its campaign. More than 4,000 people have been killed in the past four years.  Including casualties from the bus terminal bombing, more than 1,500 people have died in Boko Haram attacks thus far in 2014.

Most of Boko Haram’s attacks were directed against police stations, but it has increasingly attacked civilian targets, including public transportation, markets, and churches. The group opposes the education of girls and has also carried out a number of deadly attacks on schools. On the same day as the Abuja bombing, Boko Haram kidnapped 129 students from a girl’s school in Nigeria.

This was a message to Nigeria and the world.
“The Abuja bombing belies the Nigerian government’s claim that its recent military offensive succeeded in confining Boko Haram to a remote area in northern Nigeria,” said Mr. Butterworth, a research associate and terrorism expert with MTI. “That Boko Haram was still in town, able to carry out attacks in the nation’s capital, was no doubt the message the group wanted to convey.”

That reminder may also be aimed at a broader world audience as the World Economic Forum prepares to hold an international summit in Nigeria in May, he said. Upcoming major international events prompt terrorist attacks, as was seen in the Volgograd bombings just weeks before the scheduled opening of the Sochi Olympics. (See MTI Perspective, By the Numbers: Russia’s Terrorists Increasingly Target Transportation .)

The attack ranks high for lethality
“Looking at all attacks on public surface transportation systems worldwide since 1970, the Abuja bombing was the 12th most lethal attack,” said Mr. Jenkins. “When comparing similar attack methods, it was the ninth most lethal attack. This means looking only at attacks by terrorists (putting aside deranged persons or ordinary criminals) and considers only those attacks involving a single attack method and not a combination of methods, such as a derailment followed by an armed assault to finish off trapped passengers.”
He noted that, in terms of attacks involving explosives, it was the seventh most lethal bombing. Finally, looking at the attack in terms of fatalities per explosive device used, it was the fifth most lethal.  Interestingly, one of the four most lethal attacks was a 1987 VBIED bombing against at an open-air bus station in Sri Lanka that killed 105 people and injured 200. All figures come from MTI’s proprietary database of terrorist attacks against surface transportation around the world.

Nigerian bus stations are common targets
Bus station attacks with high fatalities feature heavily in Boko Haram’s terrorist campaign. Three attacks on open-air bus stations killed a total of 116 people, an average of 39 fatalities per attack.
MTI’s database records 12 of those attacks in Nigeria. (The data does not count 34 attacks on pipelines, which usually but not always cause no casualties.) All but one of these involved buses, bus stations, or bus stops. These 11 attacks combined killed 146 and injured 215, an average of 13.3 fatalities and 19.5 injuries per attack. Fatalities per attack are four times higher than the worldwide average for bus targets, which is 3.2, and over five times higher than the combined worldwide average for bus, train, road and passenger ferry targets, which is 2.5.

Jihadist attacks are more lethal
Mr. Butterworth noted, “Jihadist groups continue to view public surface transportation targets as lucrative ones offering terrorists the high body counts they seek. Attacks by Islamist extremist groups worldwide – including those not just following al Qaeda’s jihadist terminology, but also those dedicated to Salafi-Islamist goals – killed an average of 8.6 people per attack, with the most lethal attacks – excluding passenger ferries – directed against bus stations or bus stops, with 8.8 fatalities per attack. Attacks on passenger buses come close behind at 5.2 fatalities per attack. The three jihadist attacks against bus stations in Nigeria were far more lethal.” 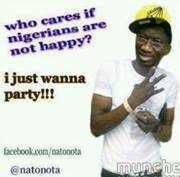 “Overall, there appear to be more bus attacks worldwide recently, with bus attacks becoming slightly more lethal,” he said. “By contrast, while passenger and commuter train attacks have also increased, their lethality has decreased.”

VBIEDs deliver high body counts
Looking at the most lethal combination of terrorist devices, targets and delivery methods, open air bus stations featured in three of the 15 most lethal attacks, and VBIEDS were used in four of them. Of these, three attacks were directed against bus stations and one attack against a bus itself.
Looking at all attacks, not just those involving explosives, VBIEDS are the seventh most frequently used terrorist weapon and the sixthmost lethal attack method, killing an average of 7.8 people per attack. Interestingly, whether VBIEDs were detonated remotely or by suicide bombers only slightly changes their lethality, far less than suicide delivery does for most IEDs.

Mr. Jenkins added, “When we look at where the most lethal attacks on surface transportation take place, the contrast is also stark. Considering the 16 countries with 40 or more attacks – which tends to reduce situations where just a few large-scale attacks can significantly increase the national lethality average – all are developing countries except same four countries – Israel, Russia, Spain and the UK. The worldwide average is 2.3 fatalities per attack.”

The most lethal attacks on average occurred in Sri Lanka (8.4 fatalities per attack) and Algeria (4.6 fatalities per attack). India’s lethality rate is 2.7, only slightly less than Israel’s 2.8, and Pakistan’s was 2.4. By contrast, Russia’s fatality rate was 2.1, Spain’s 1.6, and the UK’s 0.9.  Developing countries clearly suffer greatly, said Mr. Jenkins.

Mr. Butterworth said that, excluding Israel from the set of developed countries (because it is probably unique in its reliance on a public bus system instead of passenger, commuter, and subway rail), developed country attacks on buses generated a body count of 1.5 and a rate of 0.8 on bus stations and stops. By comparison, similar attacks in the developing world generated fatality rates of 3.2 for buses and 2.9 for bus stations and stops.

“The more people rely upon bus transportation, the more it becomes a lucrative terrorist target,” he said. “Still, we have to remember that attacks against bus targets in the developed countries do happen, and they can be lethal, as indicated by the 2012 bus bombing in Burgas, Bulgaria, which killed 6, as well as last December’s attack against a bus trolley in Volgograd, Russia, which killed 16.”
Previous Transportation Security Perspectives include By the Numbers: Russia’s Terrorists Increasingly Target Transportation ; Mineta Transportation Institute Says Subways Are Still in Terrorists’ Sights; and The Terrorist Attack in Kunming, China: Does It Indicate a Growing Threat Worldwide? All are available for free download and no registration.

ABOUT BRIAN MICHAEL JENKINS
Brian Michael Jenkins is an international authority on terrorism and sophisticated crime. He directs the Mineta Transportation Institute’s (MTI) National Transportation Safety and Security Center, which focuses on research into protecting surface transportation against terrorist attacks. He is also a senior advisor to the president of RAND. From 1989-98, Mr. Jenkins was deputy chairman of Kroll Associates, an international investigative and consulting firm. Before that, he was chairman of RAND’s Political Science Department, where he also directed research on political violence. He has authored several books, chapters, and articles on counterterrorism, including International Terrorism: A New Mode of Conflict and Will Terrorists Go Nuclear? Most recently, he published When Armies Divide, a discussion about nuclear arms in the hands of rebelling armies. He also has been principal investigator for many peer-reviewed security-focused research reports for MTI.

ABOUT BRUCE R. BUTTERWORTH
Mr. Butterworth has worked at congressional, senior policy, and operational levels, including with the House Government Operations Committee, Department of Transportation, and the Office of the Secretary. He managed negotiations on air and maritime services in the General Agreement on Tariffs and Trade (GATT) (now the World Trade Organization), chaired U.S. delegations to United Nations committees, and was part of the response to the bombing of Pan Am 103. He was an executive in airline security, and he launched a successful program of dangerous-goods regulation and cargo security after the 1995 ValuJet crash. He worked closely with Congress and other federal-level agencies and departments. Currently, he is a research associate at the Mineta Transportation Institute. Mr. Butterworth received an MS degree from the London School of Economics and a BA degree from the University of the Pacific (magna cum laude). He was a California State Scholar and a Rotary Foundation Fellow.

ABOUT THE MINETA TRANSPORTATION INSTITUTE (MTI):
MTI conducts research, education, and information transfer programs focusing on surface transportation policy and management issues, especially related to transit. MTI was established by Congress in 1991 as part of the Intermodal Surface Transportation Efficiency Act and won national re-designation competitions in 2002, 2006 and 2011. The Institute is funded by Congress through the US DOT Research and Innovative Technology Administration, by the California Legislature through Caltrans, and public and private grants. In 2006 the US Department of Homeland Security selected MTI as a National Transportation Security Center of Excellence. The internationally respected members of the MTI Board of Trustees represent all major surface transportation modes. MTI is the lead institute for the Mineta National Transit Research Consortium, an affiliation of nine university transportation research centers. MTI is affiliated with San Jose (CA) State University’s College of Business. Visit transweb.sjsu.edu